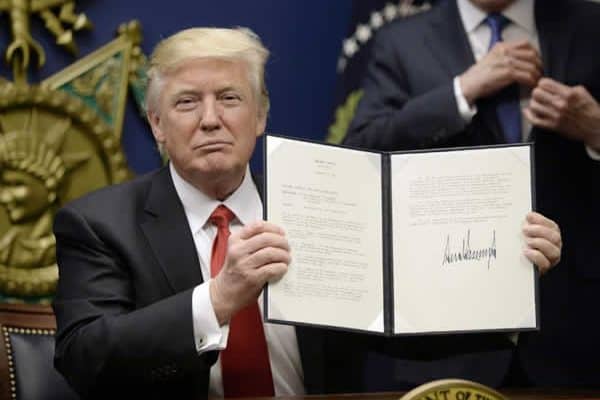 If you’ve been watching any sort of news coverage centered on politics, you are likely aware of the highly controversial immigration policies that are currently being enforced in the United States. Families trying to enter the country are being separated at the border and placed into separate camps, including children. President Trump has come under fire for enforcing this policy, but he intimates the blame should be placed elsewhere. Regardless of where you fall on this matter, Trump’s association with it will affect his chances of being reelected in 2020.

US Presidents are often the scapegoat when it comes to political matters, even if they aren’t directly responsible. We’ve seen this trend with President Obama, President Bush and just about every president before them. This particular issue is the newest to hit the limelight and has split supporters down the middle.

President Trump’s hinged on strong borders. Trump repeatedly promised to build a wall blocking Mexico from the US. He remains firm in his beliefs that illegals should not be allowed to enter the country, let alone remain here. Social media has gotten ahold of this policy and begun circulating all kinds of negative images and headlines. Protests are beginning to form and citizens are urging Trump to repeal this policy. He claims it is a Democratic policy and that they are the ones that need to come to the table in order to cease the family separations.

The president also says that media coverage is not properly acknowledging security risks posed with accepting immigrants into the US. He stated that our immigration laws are the weakest in the world and the Democrats are at fault for not doing their part in changing them. Trump undoubtedly has his eyes on the 2020 campaign, but this association between him and immigration may do more harm than anticipated before then.

The GOP-centric Congress is taking the heat for these policies. With midterm elections coming up for both the Senate and House of Representatives, voters may be putting their stock into Democratic candidates in hopes of putting a stop to this and other controversial policies. Multiple Republican officials are also calling for the end of this policy, though Trump remains steadfast that the main focus is being displaced and that these strict immigration protocols need to be maintained.

If Congress shifts from Republican to the Democratic majority by the end of these midterms, President Trump will have a difficult time keeping these immigration protocols in place. He will also not have adequate support to push other bills through, given that the Republicans and Democrats tend to disagree a lot. Trump is making a gamble by continuing to enforce these rules, especially in regards to 2020. While some of his supporters believe that strong immigration policies are best, the humanitarian aspect resonates more, especially with pictures like the ones the media is showing circulating.

When it comes time to vote for the president again in 2020, voters will remember how this situation played out. If Trump remains the bad guy that pulled families apart at the border, his chances of being reelected are slim. On the other hand, if the GOP and Democrats can work together to sort this out, Trump may be heralded for creating a resolution. If this happens, his odds of reelection will improve.