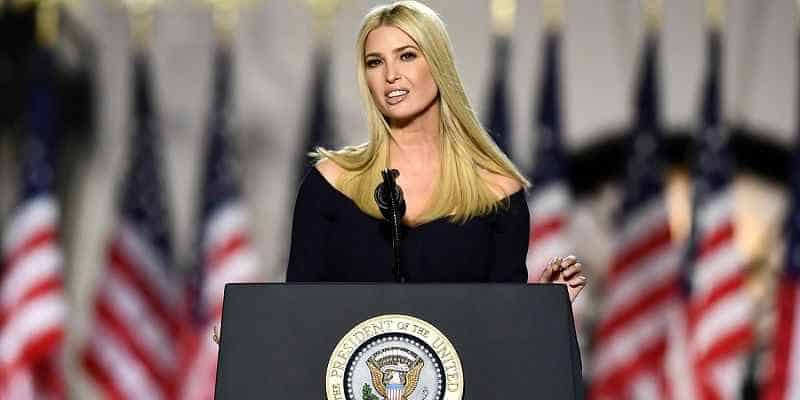 So much for the large lead that Joe Biden had built in the betting odds over the last six months.

Donald Trump’s odds to win the Republican nomination in 2020 were never in doubt, but his chances at reelection have been slipping since last March once the Coronavirus contagion began to take hold and racial tensions built up in major cities around America.

The Presidential election odds settled over a tumultuous summer where civil unrest and COVID-19 continued to persist, while Trump retained a defensive or oppositional stance to both.

Last night, Ivanka Trump delivered remarks that offered a more sympathetic peek into the difficult decisions that her father deals with on a day-to-day basis, putting a human-spin on a President that is rarely portrayed in a compassionate light.

I’ve been with my father and I’ve seen the pain in his eyes when he receives updates on the lives that have been stolen by this plague. I have witnessed him make some of the most difficult decisions of his life. I sat with him in the Oval Office as he stopped travel to Europe. I watched him take the strongest, most inclusive economy in a lifetime, the lowest unemployment in a half-century and the highest wage increase for working families in decades, and close it down to save American lives.

Let’s face it, Trump doesn’t mince words, and rarely takes a moment for kindness and pleasantries. Ivanka is exactly the opposite. Her words are measured and well composed, her delivery is articulate, and her personal appearance is always on point and crisp.

The President reportedly takes hours each day to become “camera-ready,” but his appearance is hardly elegant, and his demeanor is typically coarse.

Perhaps Donald should consider allowing Ivanka more time in front of a microphone on his behalf because oddsmakers at Presidential election betting sites now feature Trump at no worse than even, with one placing him in the lead.

The President had previously been insisting on increasing the upcoming debate schedule from three to five events, but Biden is balking. With Trump’s betting odds and poll numbers in the tank, he needed the extra screen time to gain back some ground on Biden, but the numbers have flipped following the conclusion of the Republican National Convention.

There three original dates are still on the calendar for in-person debates, but Biden’s campaign is demanding that they are conducted via a virtual means. Trump had been betting on the Presidential debates to get him back into the driver’s seat for the 2020 election, but now he may be the candidate who’d be better off if they were scrapped.