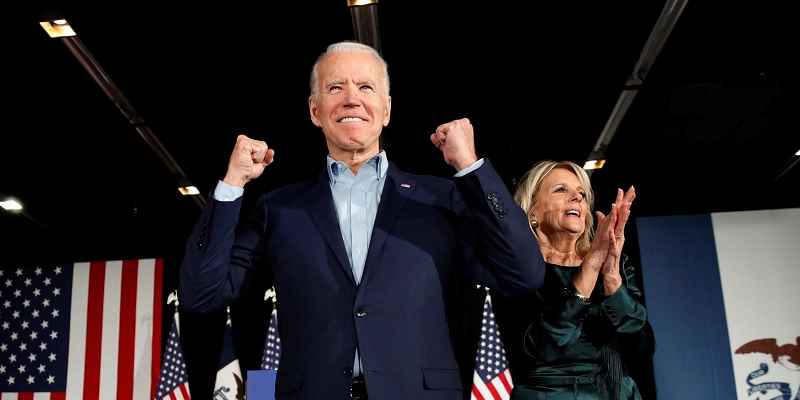 The presumptive Democratic nominee for President, Joe Biden, has established a commanding lead in the betting odds as well as in recent political polls.

If fact, Biden’s current betting odds have him at a higher advantage than Trump has held during the entire 2020 Presidential election cycle.

Bovada Political Sportsbook has Biden favored with -165 placed on his chances, but what exactly do those moneyline odds translate to in the real world?

Converting Biden’s odds to their intrinsic value reveals that he has a 62% chance of winning the Oval Office this fall.

Trump’s odds covert into a 41% chance of him winning his reelection efforts. If these numbers mirror the final vote tallies, then that will represent a historic level blowout victory for Biden.

The next most likely candidate in the odds and their converted intrinsic value is Hilary Clinton with 2%. She remains in contention due to the possibility that Biden could drop out at the Democratic National Convention, allowing for Clinton to enter the election as a replacement.

The possibility of a Biden drop out remains in place because of fears over his mental condition that has seen him struggle through rehearsed statements.

Kanye West is still on the board with a 1% chance of winning, revealing that his third-party bid doesn’t have a much of a chance to make an impact in this election.

West has filed as a member of the Birthday Party (BDY), as was reported by the Telegraph, and does have the potential to affect the final results, depending on which candidate he draws the most votes from.

Mike Pence also holds a 1% chance of winning the Presidency, and that Is due to the potential for something to happen to Donald Trump, be it a sudden dropout or a health-related emergency that would cause him to leave the race.

In that case, it would be too late for the GOP to rally up support for a new contender, leaving Vice President Mike Pence as their best choice.

Michelle Obama and New York Governor Andrew Cuomo are both listed as having a 1% chance of being the next President of the United States, and they are likely the next two potential candidates after Clinton given the Biden dropout scenario proposed earlier.

Nikki Haley is the former Governor of South Carolina and served as the United States Ambassador to the United Nations during the Trump administration.

She added an element of class and dignity that few of Trump’s other appointees displayed, and is listed at the bottom of the Presidential betting odds with a 1% chance of winning.

Haley could make a sudden appearance on the November ballot, but it would involve Trump dropping out, and would probably require Pence to drop out as well. That combination of events is unlikely, but according to the betting odds, it is within the realm of possibility,

Perhaps a new GOP candidate is what it will take to topple Biden, as his current standing in the political betting odds suggest he will be a sure-fire winner.