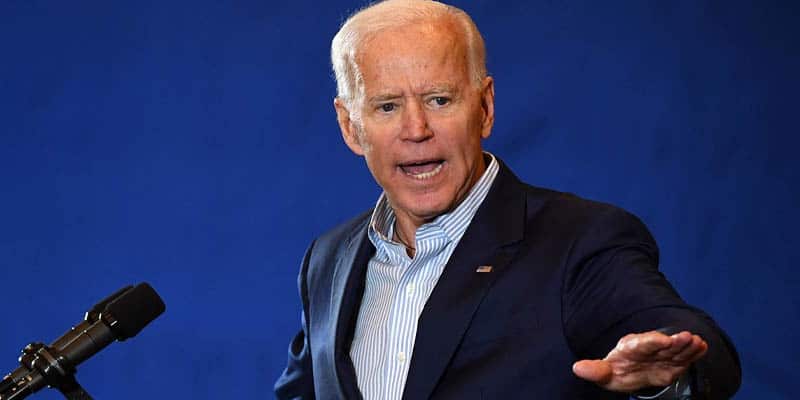 After struggling to keep up with the fundraising efforts of the other favorites for the 2020 Democratic Nomination, the former Vice President has flipped on a key campaign promise.

Joe Biden had previously stated that he would not accept money from mega-donor political action committees (super PACs), but last week, his campaign signaled that they are now seeking big money donations after falling behind in fundraising during the third quarter.

“In this time of crisis in our politics, it is not surprising that those who are dedicated to defeating Donald Trump are organizing in every way permitted by current law to bring an end to his disastrous presidency,” said Biden’s campaign communications director Kate Bedingfield.

But it appears the crisis Biden has at the moment is cash on hand, which checked in at just under $9 million back on Oct. 1. That’s a far cry from Bernie Sanders, who has $33.7 million in the bank, and Elizabeth Warren with her $25.7 million cash on hand.

Perhaps most startling is the fact that Biden spent more money ($17.6 million) during the third quarter than he managed to raise ($15.2 million) over the same time period.

Needless to say, it didn’t take long for other Democratic candidates to attack him on his super PAC acceptance.

The campaign manager for Sanders—the Vermont Senator refused to accept big donor money in 2016 and pledged to the same for this election—said Biden is forced to bow down to billionaires and corporations after being unable to establish support from working-class Americans.

“The former vice president has been unable to generate grassroots support,” said Sanders campaign manager Faiz Shakir. “And now his campaign is endorsing an effort to buy the primary through a super PAC that can rake in unlimited cash from billionaires and corporations.”

Biden denied accepting super PAC money and stated, “I didn’t change my opinion” when asked about the reversal.

“I, personally, do not have a super PAC. There are people that have come to me and said, ‘We’ll contribute x amount of dollars to you; we’ll set up a Biden super PAC,” Biden said at a campaign event over the weekend. “I don’t want any part of that.”

The wording from a candidate is often always important in politics, and it’s worth noting that it’s illegal under federal election law for any campaign to manage, organize, or fund activities with a super PAC.

However, Biden’s stance becoming even more confusing after saying, “I don’t want any part of that,” but then adding “I haven’t discouraged it, but I haven’t encouraged it either.”

“What I learned after the fact from my folks is that there are a lot of people who said, ‘We can’t let this stand,’ that are able to do that. I haven’t discouraged it, but I haven’t encouraged it either. I’ve just stayed away, hands-off,” Biden said.

The fifth Democratic debate is still a couple of weeks away, but you can bet that the other candidates will seize on Biden’s wavering stance on super PACs.

Biden’s chances of winning the nomination are still strong at +400 odds, which gives him approximately a 20% chance of winning the primary election and places him second behind Warren, who’s held the top spot since the third debate.