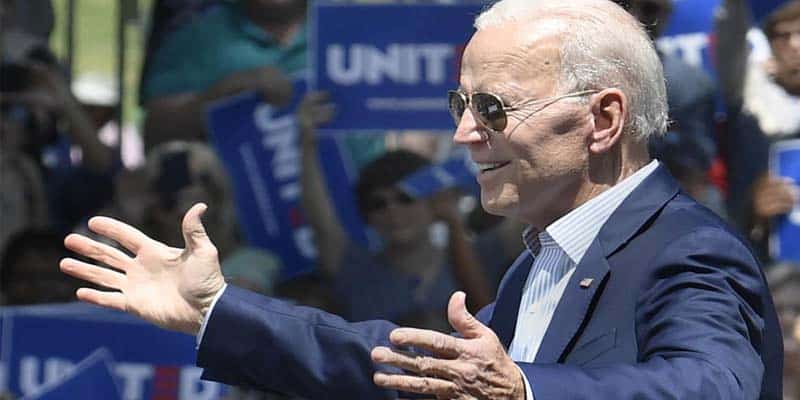 Joe Biden’s 2020 election odds continue to slip, but why?

Joe’s odds of winning the 2020 presidential election have slipped again.

Last week, former Vice President Joe Biden was listed at +550 odds to win the White House but now sits at +600, according to Bovada.

While it is only a small shift in numbers, this could be a slippery slope for Biden.

Since the first Democratic debates in June, Biden has seen his chances of becoming the next POTUS shrink significantly. Before the debates, he was the Democratic favorite at +425 to become president.

The main catalyst for his drop stems from Democratic frontrunner Senator Kamala Harris rise back to the top. She’s now listed at +450 to win the general election in 2020.

Harris questioned Biden on his opposition to federally imposed integrated busing during the 1970s and his relationship with multiple segregationists during his Senate tenure.

In an interview with CNN, Biden claimed he was not prepared for Harris’s questions or “the way she came at me.”

On June 19, Senator Cory Booker, who current has +7000 odds, called for an apology from Biden, and this time for his use of the word “boy.”

Harris and Booker — the two leading black candidates for the party’s nomination — have stated that while they don’t believe Biden is racist, they have taken issue with some of the racially sensitive remarks the former VP has made over the past couple months.

Biden disagreed with Booker’s remarks, stating “He knows better. There’s not a racist bone in my body.”

Another reason Biden could be losing support is his stance within the Democratic party. Biden claimed the majority of Democrats are center left, not “way left,” like Rep. Alexandria Ocasio-Cortez.

While this is likely true — as Bill Scher described in an opinion piece posted on RealClear Politics — the majority of eligible voters for the upcoming election are Gen Z, Millennial, and Gen X, according to a 2018 Pew Research study.

This age group ranged from 18-53 in 2018 and featured members of multiple parties, but young voters are moving more left on social issues with every election.

This past weekend while in South Carolina, Biden apologized for his comments highlighting his relationship with segregationist senators during the 1970s.

“If any comments I made were taken in a way that people took offense from, then I am truly sorry for that,” Biden explained. “I’m proud of my past. Have I made mistakes? Yes. Do we grow? Yes.”

Biden faces stiff competition from a myriad of Democratic candidates in pursuit of the 2020 election.

However, his biggest competition could be himself.