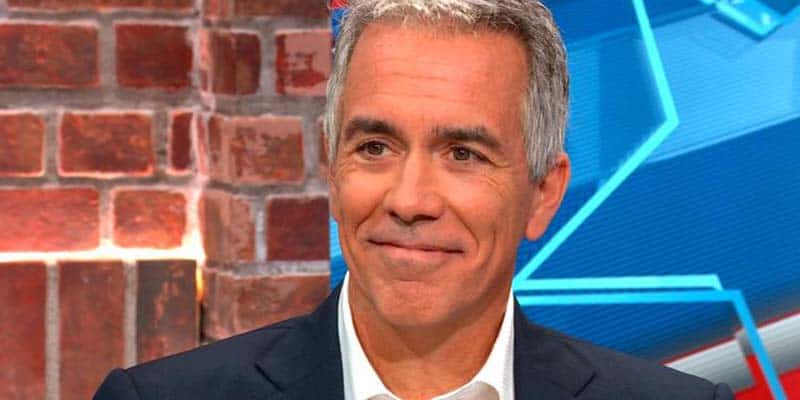 President Donald Trump officially has another challenger for the 2020 election. But this time, it’s not a Democrat—and no, he’s not the Eagles guitarist.

Former Illinois Rep. Joe Walsh, who currently serves as a conservative talk radio host for “The Joe Walsh Show,”  told George Stephanopoulos on ABC’s This Week that Trump is “unfit” to be president and announced that he will run against him in the 2020 election.

“Friends, I’m in… It won’t be easy, but bravery is never easy,” Walsh added on Twitter yesterday. “We can’t take four more years of Donald Trump.”

Friends, I'm in. We can't take four more years of Donald Trump. And that's why I'm running for President.

Let's show the world we're ready to be brave.

It will be an uphill battle for Walsh. As of right now, the newest Republican candidate doesn’t have odds on Bovada, BetOnline, or MyBookie. Even Kanye West and George Clooney have a better chance at the presidency with +100000 odds each.

Ronna McDaniel, the Republican National Committee Chair, went into more detail: “President Trump enjoys unprecedented support among Republicans. He has already delivered a long list of incredible accomplishments for conservatives and the country. Republicans are firmly behind the president and any effort to challenge him in a primary is bound to go absolutely nowhere.”

However, Walsh believes the support for Trump referenced by McDaniel is due to the Republican Party’s lack of alternatives.

“The bet of my campaign is that there are a lot of Republicans who feel like I do. They’re afraid to come forward.”

Despite his description of Trump as incompetent, erratic, and un-American, Walsh was a supporter of Trump in the beginning of his presidency. Through his past comments regarding the race and religion of Obama, among other comments, Walsh admitted to being a part of the problem.

“I helped create Trump… that’s not an easy thing to say,” Walsh said on This Week. But he is ready to make amends. “I’m bearing my soul with you right now on national TV. We have a guy in the White House who’s never apologized for anything he’s done or said.”

Walsh is not the only Trump challenger in 2020. Former Massachusetts Gov. Bill Weld previously announced his run for the presidency but has not generated much support since. Former Rep. Mark Stanford has also discussed a possible bid and Weld thinks it’s great.

“I’m thrilled about Joe Walsh and Mark Sanford getting in, I think that’s terrific,” Weld said on Meet the Press. None of the three Republicans candidates have presidential odds listed yet.

Regardless of Republican or Democrat entries, Trump still tops the odds provided by Bovada at +110. A full list of 2020 presidential candidates with the best odds is below for comparison.