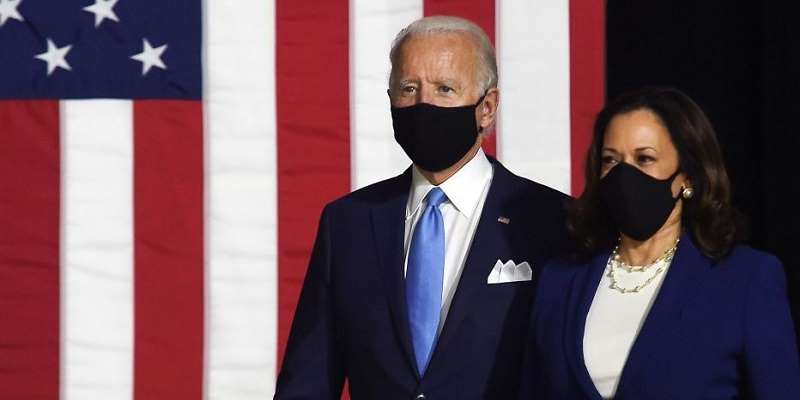 The mystery of who Joe Biden is going to select as his Vice-Presidential running mate is now over, as his campaign has chosen US Senator from California Kamala Harris to join his ticket.

Biden and Harris are now leading the charge for the DNC and can set their focus directly on President Donald Trump and Mike Pence.

Even though Kamala Harris has been the leading candidate in the VP betting lines for some time now, her odds were typically hovering in the positive, providing for a nice payday for those brave political bettors that got their wagers in before the announcement was made by Biden.

After the selection of Harris was made, 2020 Vice President odds were removed from the boards at premium political sportsbooks.

In a peculiar development, gamblers can still bet on Kamala Harris, as she has reappeared in the election odds to become the next President of the United States and is currently the third leading candidate.

The following Presidential betting odds have been posted at BetOnline Sportsbook.

Odds to Win The 2020 Presidential Election

So, what gives? Harris was just nominated to become the DNC’s VP, and now she has lept to third in contention to become the next POTUS on November 3rd? Biden is at an advanced age at 77, but surely, he’s got enough gas left in the tank to make it a few more months, right?

The only logical meaning behind these revised betting odds is that there is still a very good chance that the Democratic National Convention could end up being contested.

That means that, for any multitude of reasons, Biden could step down as the candidate, allowing for a new candidate to enter the fray during the Democratic National Convention. The Convention runs from August 17 through August 20 and will be a largely virtual event to acquiesce to COVID-19 considerations.

There has been speculation dating back to the beginning of the 2020 Presidential primary election cycle that Biden is experiencing cognitive difficulties that have been represented by strange choices in his verbal responses to questions and his inability to string together coherent thoughts in interviews.

Presidential candidates are under a microscope, so any potential for weakness is exhaustively focused on by voters, political opponents, and oddsmakers. This entire scenario could turn out to be hot air, but Harris’s appearance in the betting odds suggests that Biden stepping down does have the potential to occur.

Harris’s +5000 moneyline odds intrinsically convert to a 2% chance of her attaining the Presidency, so it is highly unlikely that Biden will step down, but everyone will find out for sure at next week’s convention.

Another development in the betting odds is that the chasm between Trump and Biden has narrowed following Harris’s addition to Biden’s ticket, indicating either that Democrats aren’t thrilled with her being the VP, or Trump’s base has galvanized behind him following her being picked.

For bettors that think Trump will win his reelection bid, get your bets in now, as his odds may have already hit their peak.