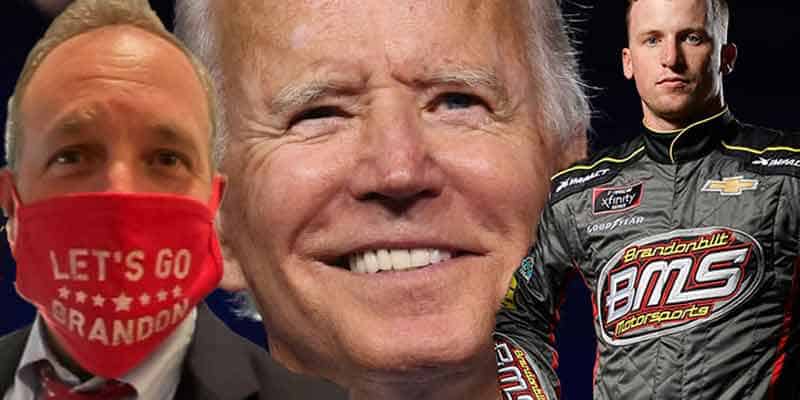 On the morning following the election of a new Republican Governor in the state of Virginia, echoes of “Let’s go, Brandon,” are echoing throughout the country as the disapproval of President Joe Biden’s performance during his first term has now picked up a tagline.

Politics in Virginia have leaned blue as of late. A Republican Governor has not sat in office since 2009, and the change in the political landscape inside the Commonwealth State is not a coincidence or a fluke.

When the vulgar message began to overtake the interview audio, the NASCAR commentator diverted and acknowledged the crowd’s supportive message of “Let’s go, Brandon,” beginning a national phenomenon that is already being adorned by many Republican Party supporters via hats and t-shirts.

The Congressional odds at political sportsbooks have been slowly shifting toward the GOP since Biden took office in January, and now, lines for betting on the 2022 Midterm Elections seem to indicate that the Republican Party is gaining steam.

The odds for betting on the US Senate in 2022 favors a GOP majority by a moneyline spread of 520 points, indicating that key races will swing in the Republican Party’s direction next November.

The same can be said for the above line in regard to betting on US House elections, as the moneyline differential implies an even more decisive victory for the GOP in that legislative body.

Consider this prospect for a moment. President Joe Biden’s second term in office could potentially include a Republican-controlled House and Senate, preceded by a full year of “Let’s go, Brandon!” chants building to a full chorus.

President Biden and his seemingly never-ending string of missteps provide enough ammunition for high-ranking members on both sides of the aisle to recommend new leadership.

The following Presidential Election odds posted at Bovada illustrate the kind of political hot water that Biden is in right now, as he is now the second leading candidate to win in 2024.

The above 2024 election odds are not a misprint. Donald Trump has once again resumed command in the betting odds to become the next President of the United States, and his influence is already being felt well in advance of the 2022 midterms.

If Trump were to win election for another term in the White House, the 2022 midterm elections could serve to roll out the welcome mat for him in 2024.

All great movements need a slogan that sticks, and while the longevity of this crude gesture remains in question, it does seem to be growing legs. US Representative from South Carolina, Jeff Duncan, was recently wearing a hat with the slogan “Let’s go, Brandon,” and Florida Representative Bill Posey actually stated it in a speech on the House floor.

Now, the statement is flooding social media vis memes and comments, filling the void once mostly occupied by Donald Trump.