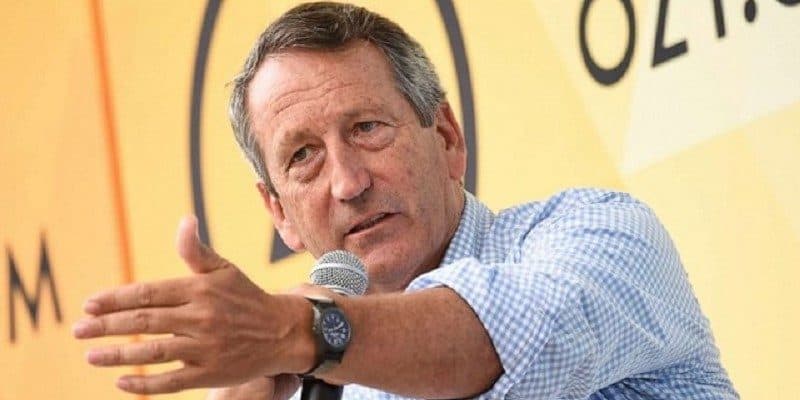 Former South Carolina governor Mark Sanford entered the race on Sunday, September 9. When asked why he’s throwing his hat in the ring, Sanford said that he’s doing so to combat the spending of the federal government under Trump, whom he’s nicknamed “The King of Debt.”

“We are walking our way toward the most predictable financial crisis in the history of our country, something of the scale of even the Great Depression,” said Sanford. “If we don’t have that conversation, we’ll wait another four years until the next election cycle to do something, and I think it will be too late.”

While Sanford’s motivation might be well-founded, he is unlikely to outrun his past to secure the GOP nod.

Oddsmakers – and the betting public – seem to agree that Trump’s re-nomination is basically a foregone conclusion. Despite this, Sanford has received the best odds of any GOP challenger that has launched a 2020 bid so far, according to BetOnline.

The first two GOP candidates to challenge Trump – Bill Weld and Joe Walsh – are not included on the boards.

Amusingly, Vice President Mike Pence isn’t even running for the Oval Office but still has better odds than Sanford.  Bookmakers and bettors thus believe that there’s a better chance of Trump being impeached and Pence becoming the next Republican nominee than there is of Sanford beating Trump straight up.

Considering Sanford’s baggage, that makes a lot of sense.

Dubbed “The Love Gov,” Sanford is more famous for his 2009 extramarital affair than he is for his political career.

From June 18 through June 24 of that year, then-governor Sanford disappeared, and his unexplained absence made headlines from coast to coast.

At the time, a spokesperson from the Sanford administration claimed that he was simply out hiking the Appalachian Trail (or Tallahassee Trail, as Trump calls it).

As a result of the tryst, Sanford resigned from his position as chair of the Republican Governors Association and was officially censured by the South Carolina legislature. Though threatened with impeachment, Sanford was term-limited and allowed to serve out his governorship.

Sanford officially left office in January 2011. From May 2013 to January 2019, Sanford served as a member of the US House of Representatives (SC-1), though he was defeated by state Rep. Katie Arrington in the 2018 Republican primary.

Trump, who claims to have ended Sanford’s political career with a single Tweet in support of Arrington (who nevertheless lost the general election to Democrat Joe Cunningham), is not particularly threatened by the prospect of debating Sanford on the national stage.

…but then he ran for Congress and won, only to lose his re-elect after I Tweeted my endorsement, on Election Day, for his opponent. But now take heart, he is back, and running for President of the United States. The Three Stooges, all badly failed candidates, will give it a go!

Whether or not any Republican debates will even be held is another matter entirely, as Trump’s approval rating within his own party – and among GOP legislators at the national level – is trending in the high 80s at worst.

For the party ticket, Trump is handily ahead, and he continues to be the favorite in the general election, as well. On the other hand, Sanford has a difficult trail toward victory with +10000 odds of winning the 2020 presidential election.