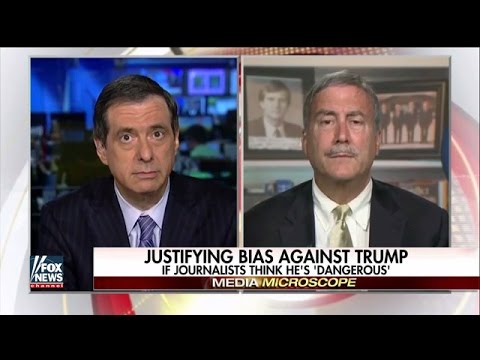 Has The Media Gone All In To Influence The 2016 Presidential Election?

The day after the final presidential debate the Left-leaning media reports a sweeping win for Clinton while right-leaning media hails Trump as the debate winner. Journalists on both sides of that fence support their conclusions by taking a definitive partisan position.

Next the media comes up with skewed polling results to support their claims and manufactured statistics to drive home their push to vote for their preferred candidate. The media has less to do with journalism these days, functioning more as a political special interests group that resembles manipulative lobbyists more than responsible journalists.

Trump has claimed for some time that the system is rigged and that the media has a negative bias against him. It turns out that a lot of Americans agree with him, including those who don’t’ support him. According to the NY Post and Politico, 55% of likely American voters believe that the media has it out for Trump. This is confirmed in a poll conducted by Quinnipiac University.

Some support of Trump’s claims comes from within the media. Jesse Watters of Fox News tweeted that while he watched the debate in a room full of media colleagues, the press cheers for Hillary while groans and gasps when Trump is speaking.

The extreme media bias has become quite clear to the voters in the way that Trump’s scandals are blown up larger than life in the news while Clinton’s scandals are swept under the rug that the media really is in the tank for a Clinton presidency. I am not even a Trump supporter and the treatment of his presence in the election by the media has me greatly dismayed.

While the media does their best to sway the public vote towards Clinton, how do they affect the 2016 presidential betting odds? The press in Vegas may have sworn allegiance to the Democratic Party, but the oddsmakers check their politics at the door when coming to work.

Their objective is to manage the betting lines, odds and paylines, not manipulate an audience for a specific political outcome, hence their methods are much purer. Devoid of political leanings and manipulative objectives, the presidential betting odds are created based on the pulse of the American voting public more so than the media mafia.

While the liberal media is obsessed with naming Clinton the winner of Wednesday’s debate, the odds tell a different story. Clinton’s standing has diminished by fifty to one hundred points at most prominent online sportsbooks offering political betting lines.

In contrast, Trump’s position has strengthened by fifty to one hundred points, narrowing the gap between the two candidates. This points to a Trump debate win, reflecting the input of seasoned oddsmakers. It is likely that moving forward, the polls (the legitimate ones anyhow) and the odds will begin to move in unison.