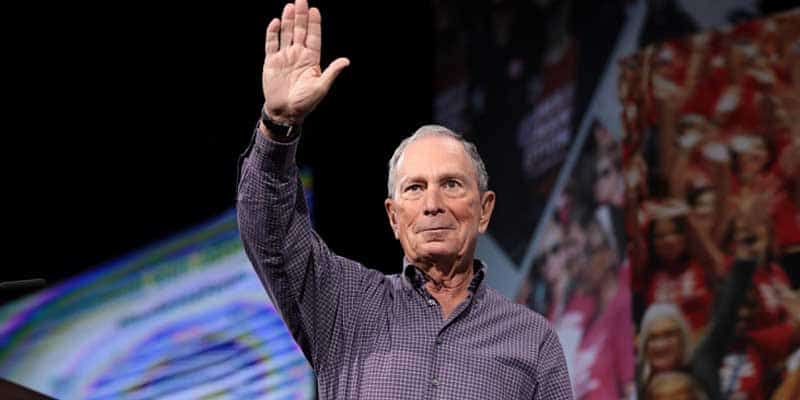 If you’re a Democrat that is unhappy with the current left-leanings of the party or a reluctant supporter of Joe Biden, you could be in luck.

Former New York City Mayor and billionaire philanthropist Michael Bloomberg has decided to enter the 2020 race to give a more reliable candidate option to centrists across the United States, and according to one of Bloomberg’s sources, he “will spend whatever it takes to defeat Donald Trump.”

For a normal person, spending that much on a political campaign would bankrupt their entire operation. Bloomberg, however, doesn’t play by those rules.

At the time of writing, Bloomberg’s net worth was estimated around $52.4 billion. In 2018, it was estimated to be around $50 billion, proving the rich can get richer.

For comparison, Trump’s net worth is around $3.5 billion and fellow Democratic candidate Tom Steyer’s worth is about $1.6 billion. Of course, these huge sums of money are nothing to wave a finger at, but they’re not $50 billion.

The President seems to welcome the possibility of a “Battle of the Billions” in 2020. Speaking on Bloomberg’s White House aspirations, Trump had a few things to say.

“He’s not going to do well but I think he’s going to hurt Biden actually. There’s nobody I’d rather run against than little Michael,” Trump said before adding that “Little Michael” did not have the magic to do well.

There was speculation that Bloomberg would run as an independent candidate during the 2016 election, but decided against the notion before endorsing Hillary Clinton. Even his decision to run this year is a surprise as he originally decided against a 2020 campaign in March.

What could be the most shocking part of the whole thing is the favorable odds Bloomberg has. Despite such a late start to his efforts, the Massachusetts native has +2000 odds of winning the election in 2020.

These political betting odds tie him with Andrew Yang and place him above Tulsi Gabbard, Kamala Harris, and many other well-known candidates.