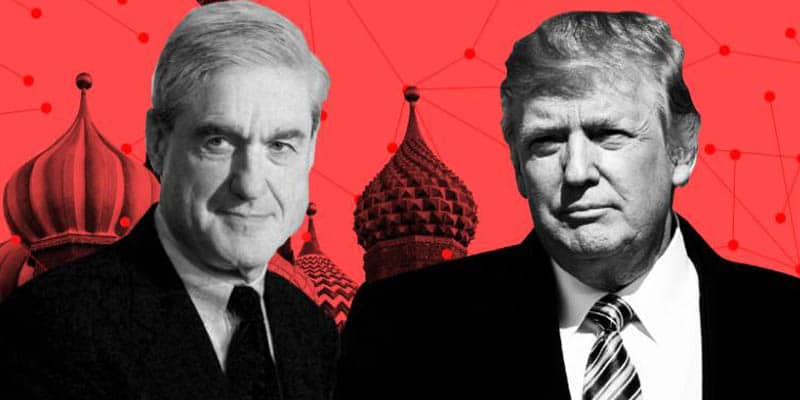 After nearly two years of investigations, the largest and darkest cloud looming over Trump’s presidency — and his odds at re-election in 2020 — has been lifted.

Attorney General William Barr submitted his four-page summary on special counsel Robert Muller’s report to Congress on Sunday that concluded neither President Donald Trump (+175|36.36%) or anyone associated with his campaign conspired or coordinated with Russia’s effort to influence the 2016 presidential election.

Trump has been the frontrunner since we began tracking his 2020 odds at the beginning of 2019, the start of election season. This is partly due to being the sitting president and because it’s unlikely he will have a serious challenger for the 2020 Republican nomination.

Prior to yesterday’s announcement, Trump had been losing ground ever so slightly with rather negligible 5 to 10-point losses every couple of weeks or so.

However, he’s maintained a sizeable lead over any candidate seeking the Democratic nomination, a race that is now in a three-way odds tie between Sen. Bernie Sanders, Sen. Kamala Harris, and former Vice President Joe Biden — who has yet to announce — at +650 or an implied probability of 13.33%.

It’s important to note that Barr’s letter to Congress is his own interpretation of Mueller report’s “principal conclusions” after he read through the report over the weekend.

The Mueller report has only been read by the Justice Department up until this point in time, and congressional Democrats have called for it to be released to the public, a move Trump has said he would support.

Immediately following the news of Barr’s summary, Trump took to Twitter, as is tradition, to announce he’d been cleared of any wrongdoing.

However, before Trump begins to publicly pop the champagne, it’s important to note that while Barr’s summary said Mueller’s report did not find evidence of Trump-Russia collusion, when it comes to the charge for obstruction of justice, the Special Counsel said “while this report does not conclude that the President committed a crime, it does not exonerate him.”

Mueller’s ambiguity on whether Trump committed obstruction of justice leaves the door open for potential charges or even impeachment in the future. For the details as to why Mueller didn’t exonerate Trump of obstruction, the full report will need to be released to the public.

With 22 months remaining in his first term, it’s still too early to determine whether Trump will win re-election in 2020, but following the end of the Mueller report, his odds of winning the White House again next year have never been better.