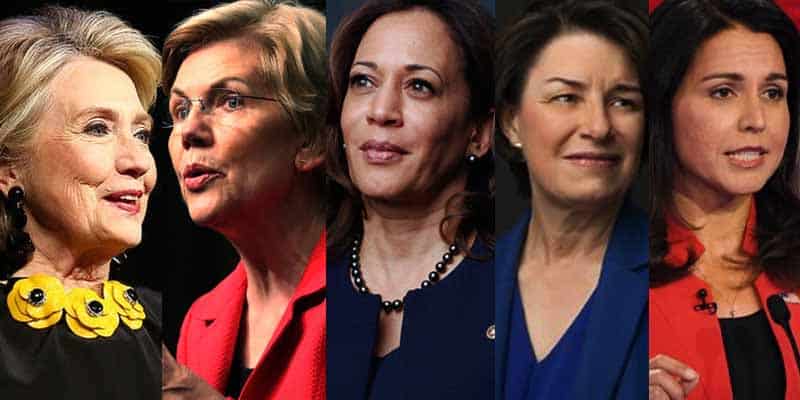 A Woman In The White House? Not Likely, Says Oddsmakers

The United States of America has had its fair share of great Presidents, including George Washington, Abraham Lincoln, and Franklin D. Roosevelt. It has also had a number of bad Presidents like Richard Nixon and James Buchanan.

Regardless of their rankings or satisfaction surveys, every POTUS shares one common trait: they are all men.

According to MyBookie, that trend is expected to continue after the 2020 election, too. Oddsmakers predict that the next President’s gender will again be male at -500 odds.

When these political betting odds are converted into percentages, that only translates to a 19.36% chance that a woman will be in the Oval Office next.

What will be the gender of the next President?

It was not until 2016 did a woman, Hillary Clinton, even won the nomination of a major political party in the United States. She was eventually beaten by the current President, Donald Trump.

Clinton won the popular vote in 2016, however, proving that a woman in the White House is not such a farfetched idea for American voters. Given the strong field of women in the Democratic Party heading into 2020, things could really shakeup.

There is another way a woman could make it into the White House in 2020: the Vice Presidency.

Oddsmakers at MyBookie give a female veep better chances at +200, but the odds that a man takes the post are still -260.

What will be the gender of the next Vice President?

Former VP and current Presidential candidate Joe Biden hinted at the possibility of a woman as his Vice President last week.

Without using any names– possibly because he forgot them– Biden referenced Sally Yates as “The former assistant attorney general who got fired who was just in Delaware,” and Stacy Abrams as “the woman who should’ve been the governor of Georgia, the African American woman.”

Maybe Julia Louis-Dreyfus is available now that Veep has concluded.

Warren has consistently topped the Democratic Party nomination odds for the last few months. It is possible she could be the one to take on Trump in 2020, so make those bets soon.

A full breakdown of the Presidential odds, of the men and women, are listed below.