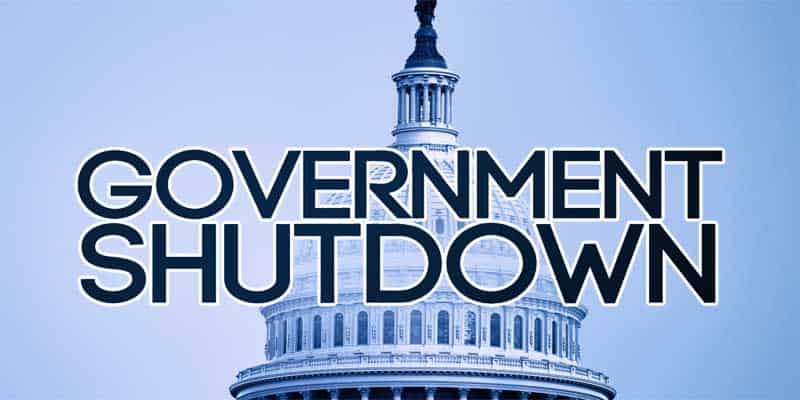 Odds of another government shutdown? Don’t bet on It

The odds of a second government shutdown at the start of 2019 are looking rather slim, according to reports.

Last week, some sportsbooks briefly posted betting odds on whether the federal government would shut down by the deadline at midnight on Friday, Feb. 15, listing “Yes” at roughly +140 and “No” at around -200.

But on Wednesday, Feb. 13, lawmakers filed a border security bill that would partially fund a physical barrier along the U.S.-Mexico border. The Senate and the House are expected to vote on the bipartisan bill today and send the legislation to the White House for President Donald Trump’s signature.

The deal would provide $1.375 billion to fund 55 additional miles of border fencing to made from designs that have been previously used, meaning concrete can’t be used but steel slats are approved.

The legislation also falls well short of the $5.7 billion that President Trump originally requested in late 2018 before the previous partial government shutdown.

In total, the agreement if signed into law would provide $22.5 billion toward border security, which also includes funding for more border agents, customs officers, and immigration judges in addition to providing funds for drug and weapon detection technology.

After a bipartisan budget committee announced that they had negotiated an agreement “in principle” on Monday, President Trump “signaled” that he will sign the bill but has not definitely said he would sign the bill into law.

At a conference on Wednesday, President Trump told of a group of Washington D.C. law enforcement officers that he intends to build the wall, regardless of what bill Congress passes and stating it’ll be higher than the tallest mountain in the world.

“It’s a wall that people aren’t going through very easy,” Trump said. “You’d have to be in extremely good shape to get over this one. They would be able to climb Mt. Everest a lot easier, I think.”

President Trump has hinted at possibly declaring a national emergency and use defense funds to construct a wall — a move that would likely go to court with the opponents arguing that he does not have the authority to declare a national emergency without substantial evidence of a crisis.

White House officials have also suggested that President Trump could move existing money from other accounts to fund a border wall, but no specifics have been given.

The pending bill comes during the temporary three-week funding agreement signed by President Trump after the longest U.S. government shutdown in history, which lasted 35 days from Dec. 22, 2018 until Jan. 25, 2019 and started when President Trump refused to sign an appropriations bill to fund all operations of the federal government through the 2019 fiscal year because it did not include funding for a border wall.

Both Congress and President Trump have until midnight tonight to reach an agreement or it will trigger another government shutdown.