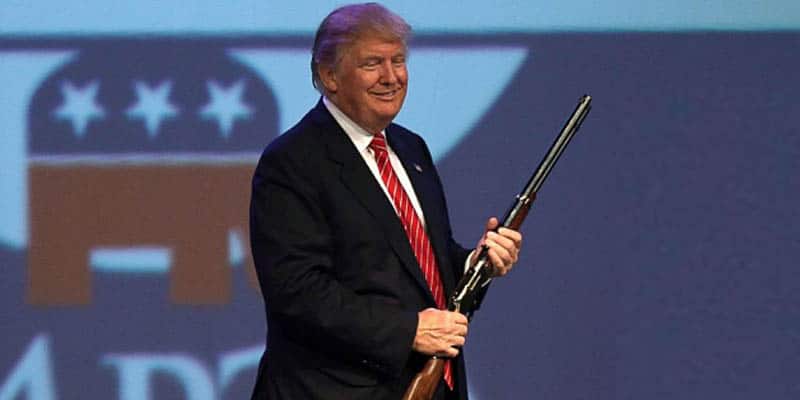 In the first three-quarters of 2019, there were 283 mass shootings in the United States. That means, from January 1 to September 1, there were more shootings across the country than the 244 days that were marked off the calendar.

Many Americans, including most of the Democrats that have odds to win the party’s nomination, feel that new gun control laws should be enacted.

One of the strongest opponents of gun violence is former Texas Representative Beto O’Rourke. After his hometown of El Paso, Texas was devastated by a mass shooting in a Walmart that left 22 dead, O’Rourke had some decisive words for gun owners during the third Democratic debate in Houston.

“Hell yes, we’re going to take your AR-15, your AK-47,” O’Rourke said. “We’re not going to allow it to be used against our fellow Americans anymore.” After these statements, O’Rourke’s betting odds jumped from +6600 to +5000 to earn the Democratic nomination.

Democrats are not the only ones asking for more gun control. Rep. Mike Turner, a Republican that represents Dayton, Ohio, announced via Twitter that he now supports stricter gun control after a gunman killed nine people in his city.

Even with increasing bipartisan support, new proposed gun control laws have a long road before they can be established in America.

Based on the odds given by BetOnline, any new gun laws will be killed before they can reach ratification.

Oddsmakers give -800 chances that new gun control legislation will never even reach a vote amongst lawmakers. To make this number simpler, BetOnline says that there is an 88.89% chance that there will not be a vote on gun control laws.

For the gun control supporters, there’s still a +400 chance that the legislation will reach a vote in Congress.

Will gun control legislation be brought to a vote?

If the gun control legislation can defeat the odds and make it to a vote, another bet exists: will the legislation be signed into law. For that to happen in 2019, President Donald Trump would have to risk angering his base.

And more importantly: It would likely mean Trump’s odds of reelection would go down the drain.

Like the first bet, oddsmakers do not see it happening. There is a -2000 chance that no gun control legislation will be signed into law in the United States.

Will gun control legislation be signed into law?

However, there is a bright side. With a $4,000 bet on the favored odds, the payout would be $200. That is enough extra cash to afford a bulletproof backpack for your child.