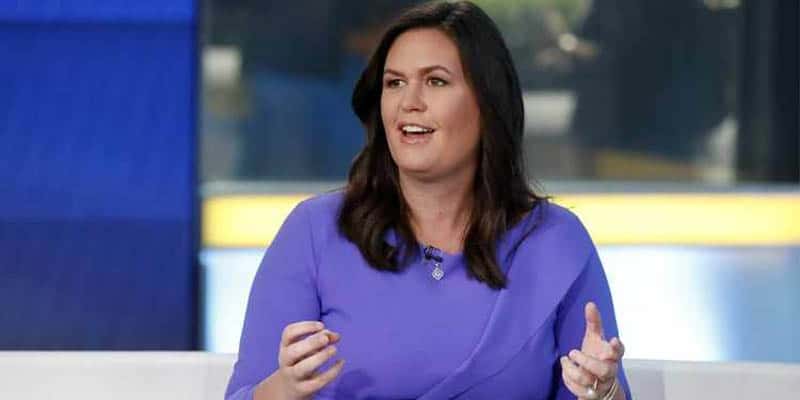 Will Sarah Huckabee Sanders Run For Governor Of Arkansas?

The Bovada Sportsbook oddsmakers currently list “Yes” at -250 odds ($250 bet wins $100). When converted to an implied probability, we can see they believe there’s a 68.22% chance she’ll run for governor of Arkansas.

Sanders is the daughter of Mike Huckabee, the governor of Arkansas from 1996 to 2007. Huckabee then ran for President in 2008, winning the Iowa Republican caucuses and finishing second in the delegate count, and again in 2016, losing to Sanders’ eventual boss.

In a recent interview with the New York Times, Sanders heavily hinted at running for governor of Arkansas, believing she’s “been called” to carry the torch for her family name.

“There are two types of people who run for office: People that are called and people that just want to be a senator or governor. I feel like I’ve been called,” said Sanders.

She’s even received an endorsement from Trump, who currently leads all candidates according to the latest 2020 election odds.

During the summer, the President announced she would be leaving the press secretary job but has since called Sanders “a very special person with extraordinary talents, who has done an incredible job” and believes she’d be a great fit when current Arkansas Gov. Asa Hutchinson’s term ends in 2023.

“It’s the role I’ve been pushed into,” Sanders said about her time in politics and stayed in Washington DC. “I wouldn’t want to do that if I wasn’t the right person to fit what the state needed at that time.”

Currently, Sanders works for Fox News as a contributor and been at the job since August 2019. As for whether a gubernatorial run is in the cards, it seems like she’s definitely leaning that way.

And if she received an official endorsement from her former boss—Trump’s reelection odds are currently favored, which means he’d be President when endorsing her—then she’d likely win easily due to Trump’s favorability in the state and her father holding office as the former governor of Arkansas himself.