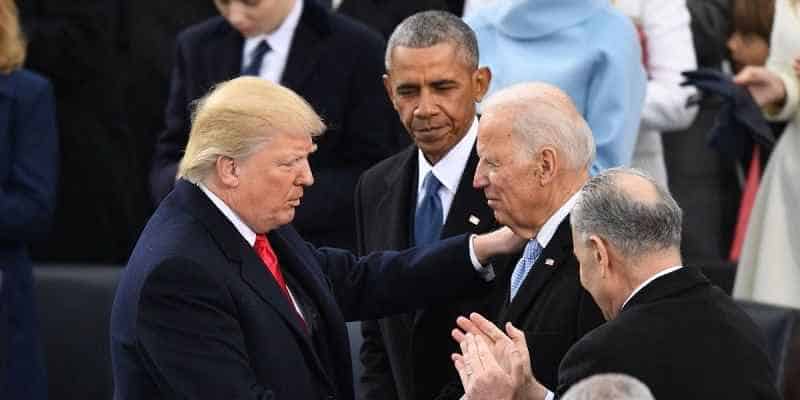 The two-party system of politics that the United States has adhered to over the past several decades has provided some strange matchups for who will become the next President.

Odds have now appeared at top political betting sites that allow bettors to wager on if either candidate will drop out before November 1.

There are many that have hoped in the past that Donald Trump would drop out of the race and allow for a more traditional politician to take his place. If that were to happen so late in the game, his likely replacement would be Mike Pence, his current Vice President and former Governor of Indiana.

Although Trump held a strong lead in the 2020 election odds as recently as January, his divisive response to the Black Lives Matter protests and his failure to properly deal with the spread of the Coronavirus have caused him to become a massive underdog.

Trump is also behind heavily in political polling that has him trailing Joe Biden by as many as 10 points in some regions. Could these two factors be enough to cause Trump to call it a day and drop out of the race altogether?

Bovada sportsbook has set the following betting line specifically targeting whether or not that will happen. Although the odds are not favorable for President Trump to stop his campaign prior to the first of November, it does lie within the realm of possibility, and can provide a large payout of a wager is placed on “yes” and it happens.

Despite Joe Biden’s large lead in the Presidential election odds, there is still a chance that he will depart the race at some point due to a couple of reasons.

Biden’s mental health has been constantly called into question over the course of his candidacy. This is mainly due to several strange moments during speeches on the campaign trail where he has suddenly stopped making sense.

There is concern that either his age (he’ll be 78 if and when he assumes the office of President), or previous aneurysms, are causing him to possess a mental state that is unfit for office.

Combine his potential mental issues with the sexual allegation claims that have been made against him in recent months, and there is the real chance that Biden could opt out at the Democratic National Convention, and allow for a new contender to enter the race.

The current odds for Biden to drop out are actually higher than Trump’s, but still unlikely. A wager of $100 on Joe to suspend his campaign prior to November 1 will earn $550 if it occurs.

The appearance of these odds indicates that even though there are only a little over three months remaining in the election cycle, anything can still happen.

Any wagers placed on the same day news becomes public knowledge will be deemed void. If the candidate is declared no longer running for office at any point in the race “Yes” will be graded as a win.