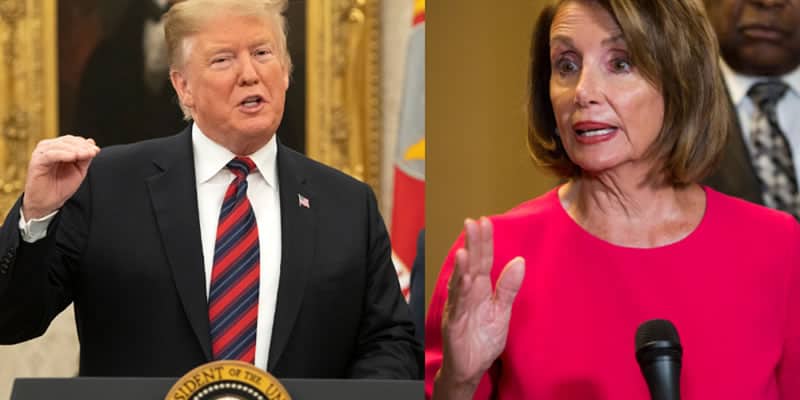 Well, at least Donald Trump and Nancy Pelosi are keeping the oddsmakers hard at work.

Bovada has posted odds on when and where the State of the Union address will to place following the most recent dispute between the President and House Speaker.

When Will The State Of The Union Take Place?

Where Or How Will The State Of The Union Be Delivered?

President Trump was scheduled to deliver his State of the Union address on Jan. 29 and speak to the nation from the House Chambers on funding his border wall and ending the ongoing government shutdown.

House Speaker Nancy Pelosi sent a formal letter to President Trump that requested he postpone the State of the Union, citing lack of security for Congress due to the federal employees being on furlough during the government shutdown, which started on Dec. 22, 2018.

A State of the Union address has not been postponed since Jan. 28, 1986, when President Ronald Reagan delayed his address immediately following the Challenger disaster, where seven astronauts died in an explosion shortly after the space shuttle launched.

However, on Jan. 23, President Trump announced on Twitter that he would be postponing the State of the Union until after the government shutdown was over.

As the Shutdown was going on, Nancy Pelosi asked me to give the State of the Union Address. I agreed. She then changed her mind because of the Shutdown, suggesting a later date. This is her prerogative – I will do the Address when the Shutdown is over. I am not looking for an….

….alternative venue for the SOTU Address because there is no venue that can compete with the history, tradition and importance of the House Chamber. I look forward to giving a “great” State of the Union Address in the near future!

But with many in the media, both on the right and left, now saying he “caved” under pressure from House Speaker Pelosi in regards to the State of the Union location, it’s only a matter of time before President Trump comes up with another plan to present his border wall—a position he holding firm on as of yesterday, tweeting out “We will not Cave!”

Nancy just said she “just doesn’t understand why?” Very simply, without a Wall it all doesn’t work. Our Country has a chance to greatly reduce Crime, Human Trafficking, Gangs and Drugs. Should have been done for decades. We will not Cave!

And for those of you who are looking for even more betting lines on President Trump and also happen to be a fan of football, then Bovada has you covered as well with these Super Bowl 53 political prop bets.

Will Donald Trump attend the game?

What will finish first?

Will the Super Bowl winning team visit the White House?

What will the Super Bowl champions be served when they visit the White House?