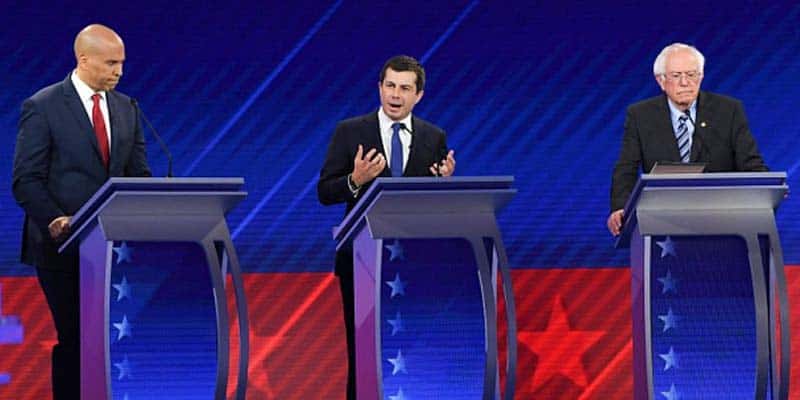 The first of October is not just the beginning of “The 31 Nights of Halloween” on Freeform. October 1 also marks the end of the third quarter for politicians campaigning for the presidency.

Candidates are not required to disclose their fundraising numbers to the Federal Election Commission until October 15, but two Democrats released their warchest totals early Tuesday morning.

Bernie Sanders, who was able to secure $18 million in the second quarter, received $25.3 million between July and September.

For the most part, candidates with the highest fundraising numbers also have some of the highest odds.

With Sanders at +800 and Buttigieg at +1100, they hold the third- and fifth-best odds to win the Democratic nomination, respectively.

Overall, Sanders has raised $61.5 million over the first three quarters of 2019. Buttigieg has raised $51.1 million in the same amount of time.

Most of Sanders’s contributions came from small donors, averaging $18.07 per donation between 1.4 million individuals.

Buttigieg’s average donation was nearly double those of Sanders, coming in at $32 for the third quarter.

Sanders and Buttigieg are not the only Democrats announcing their donation numbers today. Cory Booker (+6000) revealed that his campaign was able to raise $6 million in the third quarter.

Two weeks ago, Booker claimed that he needed to raise $1.7 million in the third quarter’s last ten days just to stay in the 2020 presidential race.

Luckily for the New Jersey Senator, he was able to bring in $2,159,165.34 from 46,000 donations in that short time frame, according to a memo sent to supporters by Booker’s campaign.

Throughout the next two weeks, every candidate across all political parties will disclose their donation numbers. As the amounts are revealed, we will continue to update the information through our news stories.