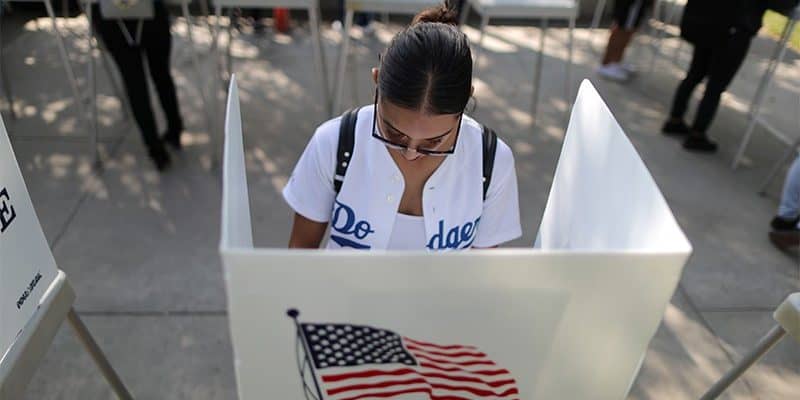 Sports Betting To Be Leveraged Politically In 2022 Midterm Elections

The United States is entering its first election year of the post-Trump era but the political chaos doesn’t seem to be slowing down. It’s the third year of living with coronavirus, the first since the riots of January 6th, and tensions across the nation remain at a boil.

And while these subjects are sure to shape action on the campaign trail, they may not be the focus that prospective candidates want to take.

Many states, especially in the South, are divided on COVID protocols. It’s a touchy issue and, for some, a make-or-break deal. While there are folks who are just as staunch about safety as they were in 2020, others have no interest in bringing back restrictions.

Because of the severity and division across COVID debates, we are likely to see politicians running on simpler campaign promises. Namely, sports betting.

As of today, 33 of America’s 50 states offer sports betting operations in some capacity. For the 17 states who have yet to welcome betting, the 2022 Midterm elections are prime time to announce new legislation.

In Massachusetts, Sen. Eric Lesser is doing this exact thing. The state has been sitting on sports betting legislation since July 2021 and has yet to pass it. Lesser has been the most vocal about the bill’s passage while seemingly delaying its progress.

After affirming a swift and easy vote last summer, the Senator scaled back his statements in October.

“I do think we’re getting close, but I do think, [in] front of our minds and a big priority for me, is going to be making sure those consumer protections and game integrity issues are really front and center…”

On Tuesday, the Senator announced his 2022 bid for lieutenant governor. The news broke just a month after Gov. Charlie Baker declared he would not run again.

The Democratic candidate told reporters that he had hopes of passing the sports betting bill before the campaign ramps up.

Lesser is expected to fare well in the blue state but will likely need votes from across party lines to secure his seat. Fortunately, sports betting is a hugely bipartisan issue that everyone can hop on board with.

Betting Isn’t Vetting, Do Your Research

And while Lesser is the first 2022 candidate to leverage sports betting in his campaign, he won’t be the last.

But voters should remember that the tides are changing in the U.S. And in a very drastic way. Gambling doesn’t have the stigmas it had 10 years ago. For most states, it’s an issue of when rather than who.

Ultimately, it takes more than the will of a single person to pass gambling legislation. So be wary of politicians trying to sway you on the premise of betting.

Quite frankly, people in Massachusetts and beyond can legally bet on sports right now. Just not domestically.