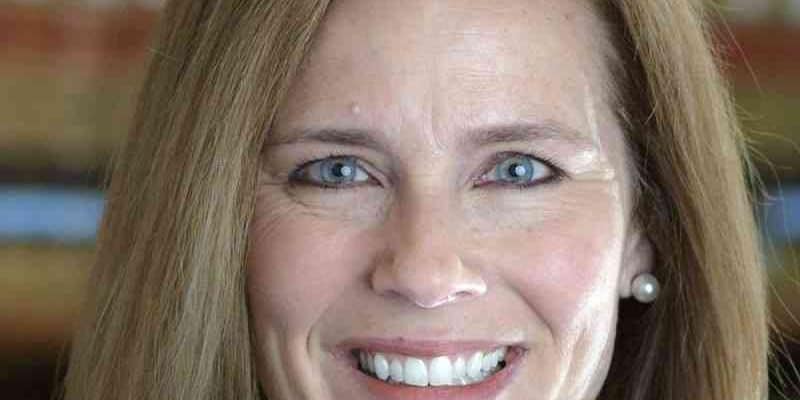 What once was considered forbidden territory by Republican officials is now an accepted practice, as the GOP rushes to confirm the next SCOTUS nominee before election night.

November 3rd is the deadline, and Senate Republicans are showing their cards. But what do they reveal? You don’t need to possess the skills of Mrs. Cleo to realize that Mitch McConnell and company are on the ropes and are legitimately concerned about Biden’s potential to win the election just over five weeks from now.

Trump plans to announce his nomination to replace the recently departed Justice Ruth Bader Ginsberg on the Supreme Court bench tomorrow afternoon at 5 PM, according to a report by CNN.

Amy Coney Barrett has surfaced as the frontrunner in the betting odds to become the next Supreme Court nominee, and media outlets are already ripping her to shreds before the announcement has even been made.

Unfortunately, that’s par for the course these days, as political divisions are as separate as ever, and each side is clawing for any support that will gain their party of choice a much-needed foothold to propel them to the Oval Office.

Supreme Court betting sites are favoring female candidates, with the top five potential nominees in the betting odds being women. Will the ‘Notorious ACB’ rise to the SCOTUS before election night?

The table below reveals just how dire the situation is for the Democratic Party on the Supreme Court bench following the passing of Judge Ginsberg, with the Republican nomination creating a scenario where they will control decisions by a six to three margin.

While it is important that Trump secure a right-leaning Justice to the vacant SCOTUS seat as soon as possible, he also has his 2020 Presidential campaign to consider.

Biden is close or in the lead in the Presidential betting odds at most political sportsbooks, which is just one more reason why the Republicans are in high gear when it comes to pushing this Supreme Court candidate through the process before the third of November.

Trump also has the Presidential debates to get ready for, but all sources indicate that he’s been prepped for those for several weeks now. The President seems eager to deliver the knockout blow to Biden in person, on the debate stage, and will likely shoot straight from the hip, as per usual.

Meanwhile, Joe Biden just keeps trucking forth, almost as if he is simply along for the ride just in case he wins. He is allowing Donald Trump to dictate the proceedings, and that could come back to bite the Biden/Harris ticket, and the entire DNC, if he’s not careful.