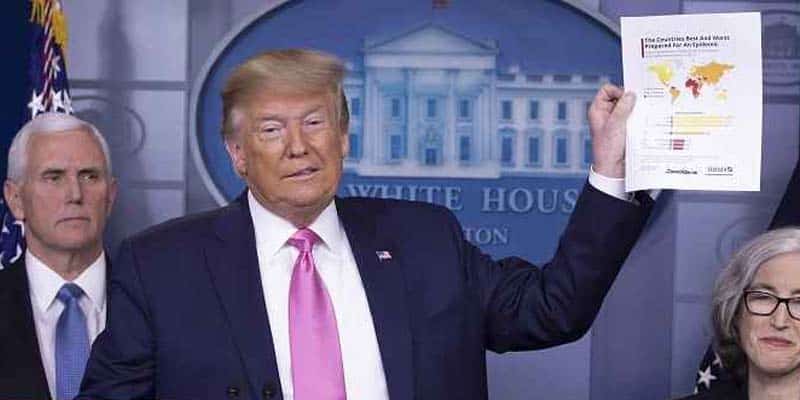 There’s so much happening in just the four days until November 3rd, and it’s hard to wrap your head around. News can be overwhelming, implicitly biased, and downright conflicting. At PEO we give it to you straight, no BS, no fluff. We break down current events and break down the latest political prop bets tied to those events, and there’s nothing we’re watching more closely than the presidential election odds.

Over the past week, the election odds on Donald Trump and Joe Biden have shrunk. Biden no longer holds a firm favorite over the incumbent, and we expect to see the race tightening over the next few days.

The campaigning on behalf of the presidential candidates seems to overshadow other important news as bettors fixate on the candidates’ messaging. Amy Coney Barret’s controversial induction to the Supreme Court went on the backburner, and the surging cases of Covid-19 are used as political weapons for both Biden and Trump.

Biden and Trump are nipping at each other’s heels, with one following the other to the Midwest today. Both will hold rallies in Wisconsin and Minnesota, with Biden polling ahead of Trump in both states. Below are the odds on the electoral college slate winners of both states, courtesy of MyBookie.

Based on Biden’s strong favor, we do not expect Trump to be able to flip the electoral colleges of either state with such little time before the election, coupled with record early and mail-in voting in both battleground states.

Meanwhile, the coronavirus continues to dominate the American narrative. Yesterday, the US hit the highest number of cases it ever reported. There were over 90,000 new cases on Thursday – the most in a single day in the US. The total death count is now over 230,000.

The new spike in cases, along with President Trump’s and other White House officials’ recent coronavirus infections, casts doubt on the President’s ability to battle against Biden and the DNC’s weaponization of the coronavirus narrative.

Rewinding to the beginning of the pandemic in February, back when there were only 83,000 total US cases, Trump’s attitude toward the pandemic shows how he now has to backtrack and try to flip the script on Biden.

“This is their new hoax,” Trump told an NBC reporter in February. Fast forward to post-hospitalization, Trump’s messaging shifted to “Don’t let the pandemic dominate your lives.” It has been a slow transition from discrediting to downplaying, and the recent spike in cases makes it exponentially more difficult to field the Democrat’s attacks.

The messaging has shifted from speaking on the effect of the virus to focusing on a potential vaccine. While the Trump administration prepares its plans for administering the vaccine, health officials claim that the date of availability, in part due to rising infection numbers, is still a way away.

The coronavirus narrative gave Biden a strong favor on the betting lines a few months ago. Today, they are slimmer than ever. We expect President Trump to continue to move the line away from Biden’s favor over the next four days.