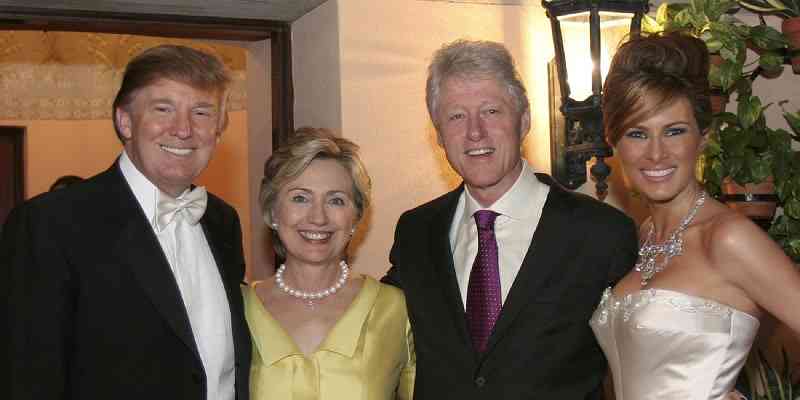 With only 22 days remaining in the 2020 Presidential election cycle, Trump is now hitting the campaign trail a week after being diagnosed with COVID-19, with a scheduled stop tonight in Sanford, Florida.

In a report issued yesterday by CNN, Trump announced that tests are no longer indicating that he has the Coronavirus.

Trump followed up his announcement with a tweet declaring he has been issued a clean bill of health, and that he is also immune and cannot give the virus to anyone exposed to him. 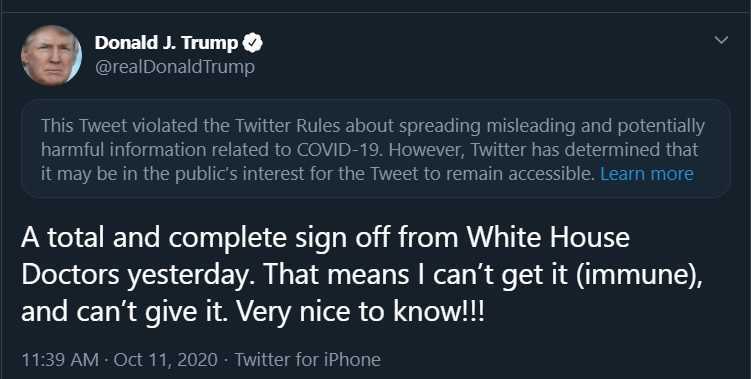 Following the tweet, Twitter intervened and declared that the post was had the potential to spread “misleading and harmful information,” but that since it was the POTUS that sent it, it will be preserved for historic value.

With Trump’s odds for reelection in 2020 continuing to plummet, creating a new low each time the line moves, he needs to get back out on the road and campaign as hard as he can for the final stretch.

After all, it was his fierce campaigning in 2016 that greatly assisted in him attaining the Oval Office, carpet-bombing each region of the country with personal appearances. He called out Hillary Clinton at every turn while she skipped over many regions that she assumed would vote for her no matter what.

The First Lady, Melania Trump, was also diagnosed with COVID-19 at the same time that the President was. Although she has kept the public informed of her symptoms using social media, we’ve not seen much of her since that time.

Could there be trouble with Donald and Melania’s marriage? Political sportsbook MyBookie has posted the following betting line that has placed odds on whether or not the POTUS and the FLOTUS will get a divorce prior to the end of 2020.

Will Donald Trump And Melania Trump Get A Divorce By 2021?

The odds are surprisingly narrow on this line, implying that there is a realistic probability for each outcome. There has never been an instance of a President getting a divorce while in office, or following his tenure. Ronald Reagan is the only President in the history of the United States that has experienced divorce prior to his election.

Seeing as how Trump is worth over a billion dollars, there is absolutely no way that divorce proceedings could be completed in less than four months. Betting on ‘no’ appears to be easy money at the moment. Earning $100 off of the -150 odds that ‘no’ provides will require a bet in the amount of $150.

MyBookie also provided a political prop bet on whether or not Ivanka Trump and Jared Kushner’s marriage would last the remainder of 2020.

Will Ivanka Trump And Jared Kushner Get A Divorce By 2021?

It looks like Jared and Ivanka are built to last (at least through daddy’s first term) because you’d have to bet $715 just to earn $100 on them staying together.

However, Ivanka and Jared actually split up for a while in 2008, so the two of them going their separate ways is a legit possibility. One thing is for sure – bets don’t win unless they are placed, so get in on these intriguing political odds ASAP.