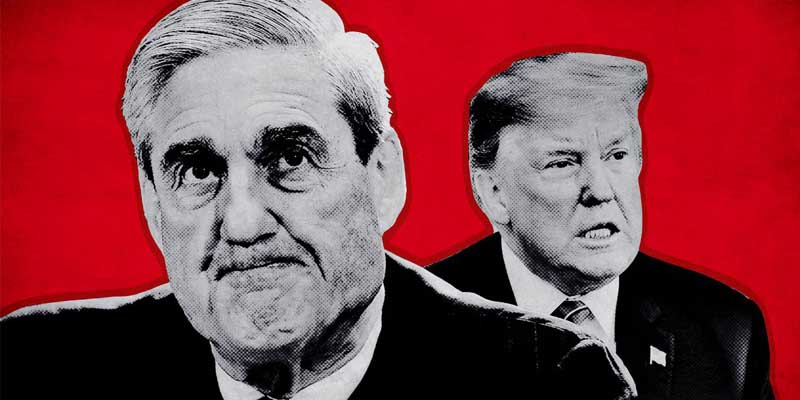 Former Special Counsel Robert Mueller will testify before Congress tomorrow regarding his probe into possible Russian collusion with President Donald Trump as well as obstruction of justice allegations.

Starting at 8:30 am ET, Congress will question Mueller on the findings from the report. From the expected questioning, oddsmakers at Bovada are taking action on Mueller’s answers, among other prop bets related to the testimony.

The Mueller Report, Mueller’s original 448-page documentation of his investigation into Russian interference with the 2016 presidential election, was released April 18, 2019.

Under his own accord, Mueller promises not to stray from his original investigation report. Despite this, Congress subpoenaed Mueller in late-June to testify on his findings and was scheduled to appear on July 17 before being rescheduled to July 24.

The Department of Justice also sent Mueller a letter stressing “that there should be no testimony concerning the redacted portions of the public version of your report, which may not be disclosed because of applicable laws, court rules and orders.”

Because of this, it is not likely Mueller will confirm Congress’s big question: Did Trump collude with Russia? Unsurprisingly, Bovada gives -550 odds on him not confirming these allegations.

Will Mueller confirm collusion between the Trump Campaign and Russia?

Another big question expected from Congress is if Trump obstructed justice. Again, oddsmakers do not anticipate this from Mueller, only giving his affirmation +215 odds.

Other prop bets available on Bovada pertain to events outside of the testimony.

In what may be the most entertaining bet to follow throughout the proceedings, Bovada predicts that Trump will tweet over 12.5 times at -110. Trump’s most recent tweet regarding Mueller is a quote from FoxBusiness’s Trish Regan.

“I completely read the entire Mueller Report, and do you know what I concluded after reading both Volume 1 and Volume 2? There is no there there. NO THERE THERE! We completely wasted everybody’s time and taxpayer’s money.” @trish_regan

Rep. Nancy Pelosi doesn’t want to impeach Trump while the President himself claims that only 11% of the public want him impeached.

Newest Poll: Only 11% in favor of starting ridiculous impeachment hearings. Well, let’s see: We have the Best Economy in History, the Best Employment Numbers in History, Most People Working in History, Highest Stock Market in History, Biggest Tax and Regulation Cuts in History,..

….Best and Newest Military (almost totally rebuilt from the depleted military I took over) in History, Best V.A. in History (Choice), and MUCH, MUCH MORE. Gee, let’s impeach the President. The “Squad” (AOC Plus 3) and other Dems suffer from Trump Derangement Syndrome. Crazy!

Will the House begin impeachment proceedings by December 31, 2019?