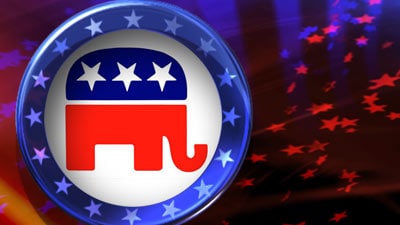 Donald Trump has become the presumptive Republican nominee after earning the required 1237 delegates to qualify as such. The good news is that the tension surrounding the possibility of a contested convention can be put to rest. A tumultuous primary has caused quite a rift in the party.

There are still a lot of #NeverTrumpers who have not yet warmed up to the idea, and according to their commitment to the NeverTrump hashtag, these voters say they never will. There are some Cruz devotees that hold out hope for something miraculous to happen at the convention, though Cruz himself has clearly moved on. The odds for winning the GOP nomination are no longer on their side.

As Donald Trump manages to clinch the Republican nomination, top Republican leaders choose not to attend the Republican National Convention in June. Among those include every past GOP presidential nominee and president with the exception of Bob Dole, some of the recent presidential candidates, and a handful of senators, congressmen, and governors.

The ‘snubbing’ by the GOP elite could cause some undercurrent perception issues for Trump as he attempts to unify the party. Some of those who are passing on this year’s festivities include both President GH Bush and GW Bush, Jebb Bush, Lindsey Graham, John McCain, Mitt Romney, and others.

In addition, some prominent GOP politicians remain hesitant to endorse Trump as the nominee, including Paul Ryan and Governor Martinez. There were attempts from some of the top republicans to get a third party candidate in place, however without success. Mitt Romney in particular has led active anti-trump efforts, but was unable to find that magical third party candidate to come in and sidestep Trump’s victory.

While half of the establishment continues to stand against Trump, the other half is doing everything they can to manipulate, shame and pressure republican voters to support Trump. These Trump supporters may hold their noses as they push for him, but they are doing their best to tilt the 2016 Presidential Election Betting Odds towards Trump and away from Hillary.

Trump has made it no secret that he does not consider total Republican Party support to be essential to his campaign. He is happy to kick conservatives to the curb and others who don’t agree with him and his strategies. In a recent sound bite he questioned whether or not he needs to be particularly nice to those who don’t agree with him. Is this a taste of what his presidency will be like? Agree with him or else…

It is Trump’s resolve to not pander to naysayers that has in part earned him the nomination, capitalizing on the level of disdain that the American people hold towards the GOP establishment. His lack of concern over GOP elite rejection only endears him closer to his followers and drives home the ‘Washington Outsider’ position that the people are craving.

Trump says he would prefer unity throughout the Republican party, while at the same time offending and insulting various segments of the GOP voters. He is a walking contradiction in many respects, and a significant number of the republican voters are happy to overlook it.

It is understandable that the GOP establishment is having a hard time swallowing the Trump pill. However, lets not forget that they are the reason he’s become the overnight success that took everyone by surprise. It is doubtful that their elite ‘snubbing’ will have any affect on his acceptance of the nomination, but it may cause enough concerns among the undecided to ensure his support within the Republican voter base remains fractured.  Following the polls and the odds on premium political betting sites will help give us a picture how well Trump is or is not attracting voters on the right.