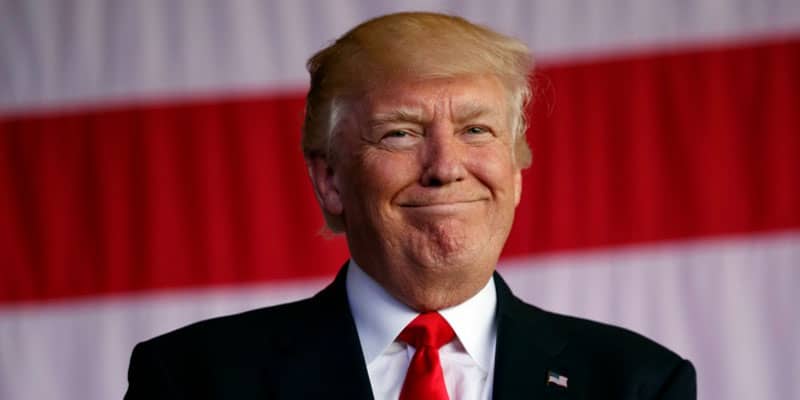 Former Special Counsel Robert Mueller gave his testimony in front of Congress yesterday. Through a number of one-syllable answers and a couple jumbled sentences, Mueller failed to provide any groundbreaking answers about the Russian conspiracy allegations surrounding President Donald Trump.

In the 24 hours since his testimony, Trump’s presidential election odds have not changed on Bovada. Right now, the president has +100 odds to get reelected in 2020.

The biggest thing to come out of Mueller’s testimony, however, was his affirmation that he did not fully exonerate Trump, although the president has repeatedly said the opposite.

There has been some confusion stemming from this fact since Mueller’s 22-month investigation concluded.

When the Mueller Report was released in April, Mueller said the same thing he said to Congress yesterday: the president was not fully exonerated. But over the past few months, Trump has said that he was.

In a March tweet, Trump said that there was no collusion and there was “Complete and Total EXONERATION.”

Mueller also said that Trump could still face obstruction of justice charges when he leaves the office. However, if Trump is reelected in 2020, the statute of limitations, 5 years for obstruction charges, will have passed and Trump cannot be indicted.

Trump cannot be indicted while in office due to the Office of Legal Counsel memo that protects sitting presidents from charges.

Overall, the Trump family sees the testimony as a win. On Twitter, Donald Trump Jr. called the testimony a “win for my father,” and a possible end to the “witch hunt.”

Today was a great win for my father, Republicans, and all Americans. Hopefully now Democrats can move on from this hoax and actually start working for the American people.

Maybe it’s time for Democrats to give up on their witch hunt and start working with @realDonaldTrump for all Americans. With all of his successes, just imagine what he could accomplish without their obstruction and desperation trying to slow him down. pic.twitter.com/DaXyapDJ3g

President Trump called the hearings a “disaster for Robert Mueller & the Democrats.”

“The kind of questions the White House Correspondents were asking is almost like they didn’t see what went on at the hearings!” @JesseBWatters The hearings were a disaster for Robert Mueller & the Democrats. Nevertheless, the Fake News Media will try to make the best out of it!

Mueller did make it clear that he does believe that Russia had influence during the 2016 election. He even believes they will try the same tactics during the next election.

“Don’t let this problem continue to linger,” Mueller lamented. “They’re doing it as we sit here, and they expect to do it in the next campaign.”

Even worse, Mueller thinks many more countries could try to influence United States elections after the results of Russia’s campaign in 2016.

Below is a list of the presidential candidates and their chances in the 2020 election. Trump leads the pack with +100 odds, followed by the Democratic hopefuls. Vice President Mike Pence is also included on this list, in the unlikely event of a Trump impeachment.