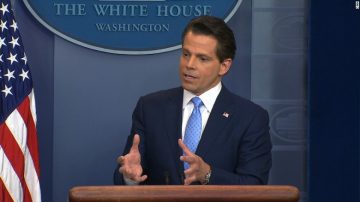 The Trump administration is going through a few changes regarding their communications team in light of Press Secretary Sean Spicer announcing his resignation from the position. The news broke after Spicer reportedly met with Trump to voice his disagreement with the President appointing New York financier Anthony Scaramucci as the new Communications Director. Spicer apparently felt that Scaramucci’s appointment would only add to the confusion and accusations of collusion within the White House.

Spicer was a bit of a question mark throughout his tenure as Press Secretary. But to be fair, it cannot be the easiest job defending President Trump’s actions, including his never-ending stream of consciousness, or in laymen’s terms, his Twitter feed. This resignation was not all too surprising with the Trump administration coming off a difficult couple of weeks.

The President’s health care reform plan fell flat in the Senate and both his sons, Donald Trump Jr., and son-in-law, Jared Kushner, due to testify amidst accusations of collusion with Russia. It is also reported that President Trump was very critical of Spicer regarding his presence at briefings, going so far as to even critique his dress code. It seems that the pressure became too much for Spicer. He stopped coming to press briefings and seemingly shut out interactions with the media.

Now, Scaramucci is at the helm of the White House’s communications department. One of Spicer’s former top staff members, Sarah Huckabee Sanders, has been appointed the new Press Secretary. Scaramucci is a true cut of the New York cloth—a smooth-talking, former hedge fund manager. He is also a Harvard Law graduate and once hosted a show on Fox Business.

Scaramucci used to run a hedge fund known as SkyBridge Capital and sold it earlier this year in hopes of joining the Trump administration, but his appointment was delayed because he had to be vetted by the ethics team in the White House as a result of selling his company to a group with ties to the Chinese government.

President Trump hopes to bolster his communications department with these new appointments so they can make him look better, essentially. He issued statements praising Spicer for his service and on his confidence in Scaramucci. The new Communications Director has his sights set on ridding the White House of information leaks to the press.

President Trump’s hope is that his communications department can turn the tide regarding how the nation perceives him. After all, he is polling lower than any president in the past 70 years and is simultaneously failing to get anything done with policy. The ties to Russia and accusations of treason certainly do not help the situation.

Scaramucci has already begun the process of cleaning house. He told the media he was ready to “fire everybody” in order to stop leaks to the press. He planned to dismiss Assistant Press Secretary Michael Short, but Short ended up resigning.

The new Communications Director apparently has President Trump’s blessing to get rid of anyone perceived as disloyal to the administration. It is likely that more resignations will follow as Scaramucci reshapes the communications department.

As of yet, there are not any odds covering predictions on the White House staffing changes, but we wouldn’t be surprised to see those pop up any day now.  If you are hungry for a political wager, you can bet on whether or not Twitter will suspend President Trump’s account this year.

In light of everything that has happened in Trump’s first six months in office, this news is barely surprising. There is no telling what Spicer, Short and other communications officials that resign will do in the future, but the situation is out of their hands and now in the those of someone whose sight is set on total overhaul.