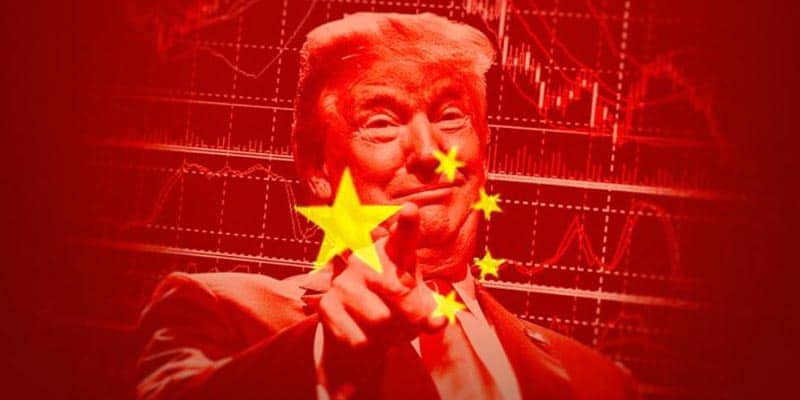 The Trump Administration has launched a two-year trade war against China and other major US trading partners. However, President Trump’s fixation during this trade war is on China.

Simply put a trade war sounds precisely like what it is, countries attempt to hurt each other’s trade with adjusting taxes and quotas. However, when Trump took office, and even before he became President, he commented often on how the US was being taken advantage of by other trading nations. With Trump’s recent fixation on Chinese trade, the war has escalated rather than delivered the exact outcome some were hoping for.

President Donald Trump and his administration recently increased the tax on Chinese imports from 10% to 25% and expanded the tariffs to reach more Chinese goods. China retaliated against the tariffs by raising duties on $60 billion of US products. At one point, Chinese consumption accounted for 60% of US agricultural exports.

A trade war between the world’s two most influential and largest economies isn’t appearing to work well for the countries’ citizens who often feel the worst of the trade war. However, President Trump believes this will be an opportunity to showcase the character of the American people. In a tweet, President Trump called on Americans and told farmers, “Our great patriot farmers, will be one the biggest beneficiaries of what is happening now.”

However, the patience of farmers may be running thin. Last year in 2018, farmers defaulted on loans, and many went out of business. Between July 2017 and June 2018, 84 farms filed for bankruptcy in the upper-Midwest according to information provided by the Federal Reserve Bank of Minneapolis.

Despite a bailout program developed by the Trump administration for $12 billion to help out US farmers in 2018, most farmers said the checks weren’t enough to get their families by. Many farmers say their crops rotted and are worried about another season of the same thing happening or worse, losing their farm completely.

While farmers once stood behind Trump in order to regain fair trading practices, the fall of commodity pricing has hurt farmers worse than the 25% tariffs imposed on by China. The farmers who claim to have made up a majority of his base and support are now asking for better answers. The uncertainty among farmers of the fate of the US agriculture industry is thus looming over the administration.

On our PEO twitter page, we ran a poll which you can find below asking a sample size of the public on their thoughts of the recent development of the Trump-China trade war.

Will This Trade War Cost Trump His Core Voters? Will Farmers Turn on Trump in the 2020 Election?

In our Twitter poll, we asked, “Will This Trade War Cost Trump his Core Voters? Will Farmers Turn on Trump in the 2020 Election?” The survey received 27% vote for Yes and 73% votes for No, totaling 63 votes.

Through the results of our poll, we can see a sharp contrast to what many media outlets say US farmers are feeling. However, this poll could simply mean that the general public does not view Trump’s trade war as a negative, or that the trade war will harm his campaign or Trump’s appeal to voters. If you believe otherwise we encourage you to leave a comment, share your opinion on our Twitter page, and even interact with us on Instagram.