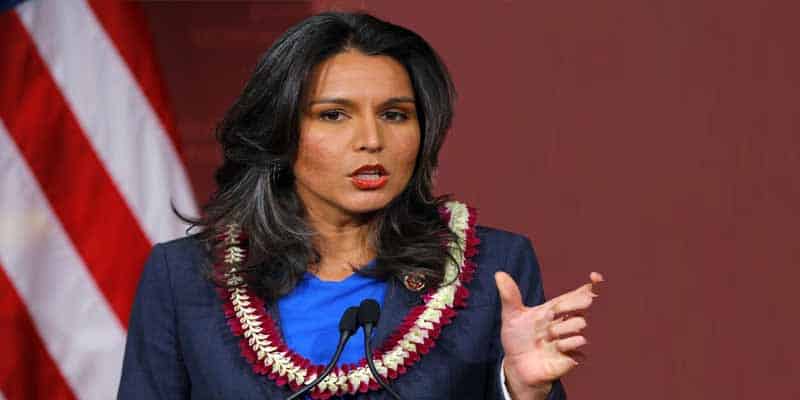 Primary debates can provide voters with a good idea of each candidates’ stance on top issues, which can shift the betting odds for the presidential hopefuls in either direction.

And after the second Democratic debate in July, Rep. Tulsi Gabbard has seen her 2020 odds continue to skyrocket up the board.

Before the debate, Gabbard had +3300 odds, marking one of the biggest positive jumps for any Democratic candidate.

Gabbard (D-HI) made a big impression during July’s debate in Detroit after the Army veteran confronted former party frontrunner Sen. Kamala Harris on her record as the California attorney general.

“There are too many examples to cite but [Harris] put over 1,500 people in jail for marijuana violations and then laughed about it when she was asked if she ever smoked marijuana,” Gabbard said during the debate. “The bottom line is, Senator Harris, when you were in a position to make a difference and impact in these people’s lives, you did not.”

Today on Twitter, Gabbard doubled down on her remarks. “Kamala’s entire campaign is based on a lie,” asserting that Harris’s role as AG “exemplified the worst aspects of our criminal justice system.”

“The fact that marijuana’s still a Schedule I drug is unacceptable in the harm that it is causing to the people of our country and to taxpayers as well… The impacts of this are great.”

Gabbard is critical of Harris’s record because Gabbard believes that the War on Drugs has been a huge failure that has cost taxpayers money and Harris has played an active role in perpetuating it.

Her campaign website also discusses her support of universal healthcare with a continuation of private insurance, her advocating for gun control, and her desire to reform the criminal justice system.

Some of Gabbard’s views are even favored by non-Democrats. As a military veteran with anti-war and non-interventionist stances, Gabbard has appealed to libertarians and the populist right groups, whose votes could be vital if she earns the Democratic nomination.

For a comparison of the BetOnline odds between Gabbard and the rest of the Democratic Party, a list is below.