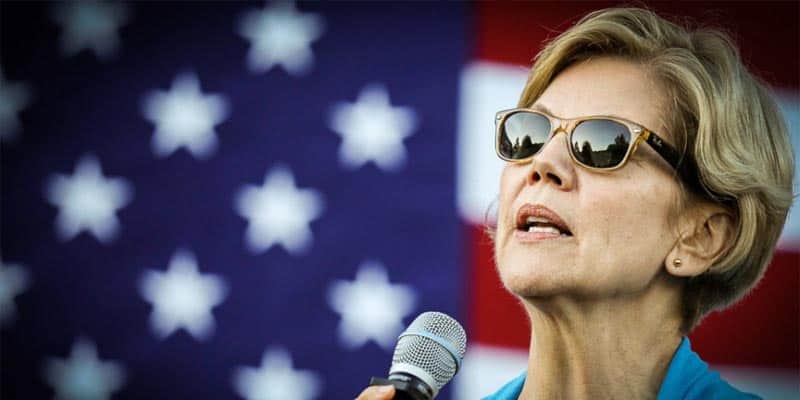 It’s been a wild week for Elizabeth Warren.

After many thought Massachusetts Senator could slip due in the polls due to reports of allegedly lying about a pregnancy in the 1970s, Warren has instead achieved a significant milestone.

For the first time in the 2020 race, Warren now leads all Democratic candidates running President, according to the latest RealClearPolitics aggregate national poll.

Here’s each candidates’ polling percentage is from September 23 to October 7:

*All other candidates polled below 1%

Earlier in the week, Warren faced questions on whether she was fired from her job as a public school teacher in New Jersey for being pregnant in the 1970s.

While on the campaign trail, Warren recently made a stump speech where she said her employment was terminated by the school principal in 1971 after showing signs of being pregnant.

“The principal did what principals do: Wished me luck, showed me the door and hired someone else for the job,” she said.

However, questions were raised when Fox News reported on a video of an interview with her from 2007, giving a different account of the event, where she implied it was by choice. Here’s what she said in the clip:

“I worked with the children with disabilities. I did that for a year, and then that summer, I actually didn’t have the education courses, so I was on an ’emergency certificate.’ I went back to graduate school and took a couple of courses in education and said, ‘I don’t think this is going to work out for me.’ I was pregnant with my first baby, so I had a baby and stayed home for a couple of years, and I was really casting about, thinking, ‘What am I going to do?’”

At first, it appeared Warren might have been claiming something false about her past—similar to when reports surfaced about her listing herself as Native American on a State Bar of Texas registration card from 1986.

After the latest questions were raised on Monday, Warren took to Twitter on Tuesday to respond and dismiss the allegations:

This was 1971, years before Congress outlawed pregnancy discrimination—but we know it still happens in subtle and not-so-subtle ways. We can fight back by telling our stories. I tell mine on the campaign trail, and I hope to hear yours.

And recent reports corroborate her story of being let go because she was pregnant. In April 1971, Warren’s contract was renewed while being four months pregnant but was terminated two months when she would have been pregnant for six months.

It’s worth noting that this comes before 1974 when the US Supreme Court found that the policies that forced schools to fire pregnant teachers to be unconstitutional, yet the issue remains widespread in workplaces across the country to this very day.

Despite the wild week (and it’s only Wednesday), Warren’s odds of winning the Democratic Primary remain as strong as ever.

Currently, she has the best odds to win the 2020 Democratic Nomination and is listed at -120 odds to win. When converted to an implied probability, we can see that the oddsmakers give her a 54.55% chance of becoming the party’s nominee.