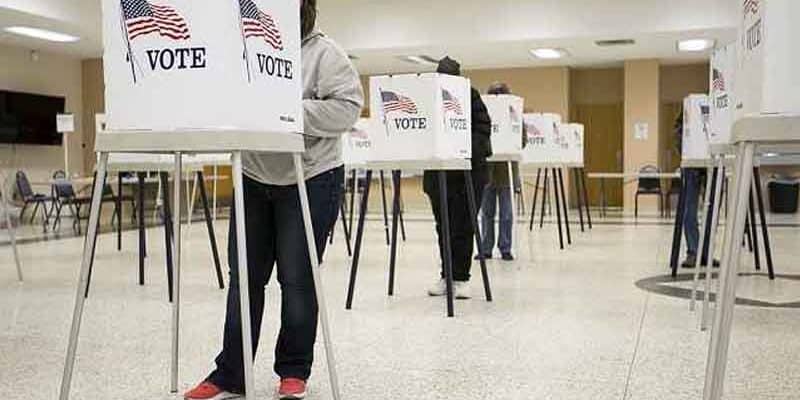 This is an age-old question for concerned citizens and bettors alike – which is better, the polls or the odds? Today we look at how Joe Biden and Donald Trump are strategizing the last few days of campaigning and how distrust of the polls affects the 2020 Presidential election.

Americans are viewing two different strategies at play in the last days of campaigning. President Donald Trump trails in the polls and plays the defensive, rapidly moving across the country in an attempt to staunch the blue wave. In the past five days, President Trump has appeared in eleven states. This scattered approach hints that the campaign is reeling to garner support.

The Biden campaign leads in the polls by nearly eight percentage points. Joe Biden has taken a more focused offensive attack. His comfortable lead allows him to flip the script on President Trump. Incumbents historically have not had to fight this hard to maintain their power.

Biden focuses on states like Georgia, Texas, and Ohio, all of which are red-leaning states. Trump has to work double-time to maintain the electoral college votes in swing states he easily won in 2016. Biden’s lead enables him to home in on red states that historically vote Republican but now hang in the balance.

These disparities bring uncertainty in an already tumultuous election race. The Trump administration banks on another 2016 underdog victory and claims the polls are not truly representative of the outcome. Let’s break down the questions surrounding the validity of polls.

There are three problems concerning polls. The first relates to the behavioral psychology behind polling questions. Studies have shown that how polls frame questions affect how people answer. An individual may answer a poll differently depending on how the question is framed.

For example, these two polls ask the same question, but their context may elucidate different responses.

Question 1: “How likely are you to vote against the incumbent’s administration?”

Question 2: “Who do you believe will lead the country better through current global crises, Donald Trump or Joe Biden?”

For clarity, we made up both of these questions. Both questions one and two intend to find out how an individual will vote. However, the context and framing of these questions elucidate different responses. An individual may easily believe that Donald Trump will lead the country through global crises better but can be more likely to vote against the incumbent due to other issues.

Moreover, studies report that individuals often answer polls based on what they believe is the socially desirable answer, rather than based on their truthful opinion. In a liberal social environment, an individual who supports Donald Trump may not offer their genuine opinion in a poll due to ostracization by family and peers.

The second problem with polls centers on sample sizes and methods. Small sample sizes have higher statistical margins of errors. Many polls report sample sizes of 600-1000 individuals and then use their responses to indicate how that entire state plans to vote. Demographics affect the samples.

For example, if a poll in South Dakota takes samples of 1000 residents of Sioux City, that sample does not include South Dakota’s mostly rural population. Further, the method of polling also comes into play. Polls taken through landline versus polls taken through mobile devices don’t account for the disparity between the different socio-economic groups that use landlines versus mobile phones.

Third, polls don’t necessarily account for how the media affects voter opinion. In an age where mass media provides daily revelations on misdeeds by both candidates, how quickly a voter can change their mind may be exacerbated. A voter that equivocates between liberal and conservative media’s competing accusations is not represented in the polls.

So, how are the presidential election odds better than polls?

The main reason why odds may be more representative is that odds do not have the same “social desirability” problem as polls. Bettors are mostly unconcerned about their bets’ social implications; instead, they are concerned about their payouts. With money on the line, bettors’ wager on the candidate they honestly believe has a better probability of winning.

Furthermore, the sportsbooks are not localized, meaning Americans from anywhere in the US (save two states) can bet on the election. The money lines may have larger sample sizes than most polls, without a biased sample’s pitfall on a specific demographic.

We look closely at the presidential election odds daily for any shifts. Biden still holds a favorable lead over Donald Trump, but the gap is slowly thinning. On election day, we’ll be paying more attention to the odds rather than polls.