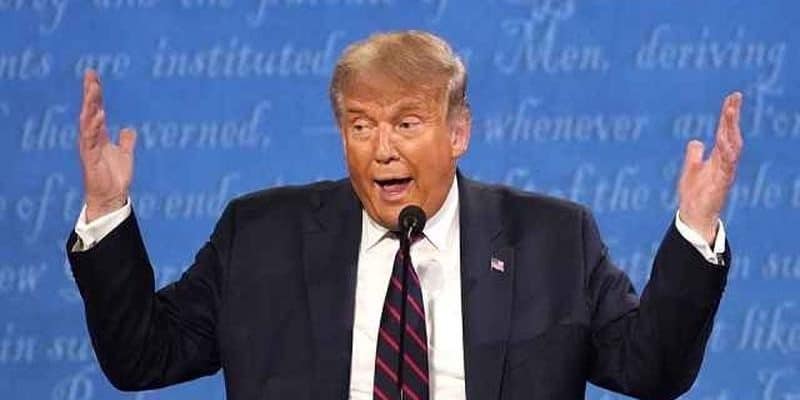 Will Trump’s Equivocation over the Second Debate Hurt His Odds to Win in November?

Yesterday in a statement to Fox Business, President Donald Trump backed out of the second Presidential debate, telling reporters “I am not going to waste my time on a virtual debate.” Trump’s rejection raises speculations on the President’s positive coronavirus diagnosis.

As the books fold their lines on the second and third presidential debates, we look at the odds and consider how Trump’s indecision over the debates in over the past few days has not moved the line. We also consider how meaningful these debates are.

On the heels of a contested Vice-Presidential debate, both polls and odds appear static in favoring the Biden-Harris ticket, albeit by a small margin. The 2016 election taught us to watch out for the underdog. Can we expect a similar turnout this cycle?

Unlikely, but first, let us crack this debate nonsense open.

The Trump presidency won in one crucial regard. Donald Trump revealed the pomp and circumstance of politics and our democratic system for what they are- theatrics.

Whether intentional or not, the Trump Presidency has proven to the American people the fragility of our democracy. He pulled the wool from over our eyes with brazen disregard for our accepted “rules of the game.” The first Biden-Trump debate debacle created the political equivalent of two older men fighting over the larger half of a deli sandwich.

Do debates even matter though? Look at the 2016 election, for example. The lines show that Clinton held a steady lead over Trump that was consistent throughout the debates. On election day, in a matter of minutes, those odds flipped, giving huge payouts to betters who put money on the underdog. The 2020 election odds show slimmer yet steady leads for the Biden campaign.

The current administration likely banks on a similar underdog outcome in November, one that will likely come down to the electoral college and the odds in swing states. We pose that Trump knows the virtual debate diminishes the effectiveness of his bulldoze tactics, and fears Biden’s attack on his COVID-19 response and his diagnosis. Trump probably favors taking his chances stonewalling the virtual event entirely so as not to widen the moneyline gap.

Some people were expected a silver-lining with a return to standard operating procedures in the Vice-Presidential debate.

Senator Kamala Harris adopted similar techniques to Biden– speaking directly to the camera and addressing a unified nation. She landed a blow on Mike Pence by cornering the Vice President on the question of how the Trump administration plans to protect Americans with pre-existing conditions from staggering insurance costs, a question he seemed unprepared for.

Guess who ended up stealing the show though? the fly on Vice President Pence’s head—hinting that the American public’s threshold for the pre-Trump political razzle-dazzle fades.

I know you’re all wondering, so I’m just gonna come out and say it: yes, I did puke on his head.

The fly on Pence’s head declined to comment on the record, despite the buzz he generated.

The Vice-presidential debate amounts to what some industry authorities consider a prequel to 2024. With both Trump and Biden in their 70’s, another presidential race for either appears slim. We will cover future candidates and their 2024 odds independently.

Both parties evaded and redirected questions back to talking points that appeal to their respective voter bases. With no clear winner, the VP debate raised many unanswered questions that both Biden and Trump could spin to their advantage in the second presidential debate, now rescheduled in-person for October 22nd.

There are some takeaways from all this debate craziness. Fighting between the Trump and Biden campaign over the terms of the debates signals a larger struggle for control of the coronavirus’ political narrative.

Consider the underdog victory that Trump experienced in 2016 and rely less on debate highlights to influence wagers. Also, consider how the Trump campaigns back-and-forth decisions over the debates moves the lines. Odds show no favorable swing to Trump – a strong sign that the President’s equivocation hurts his reelection campaign.