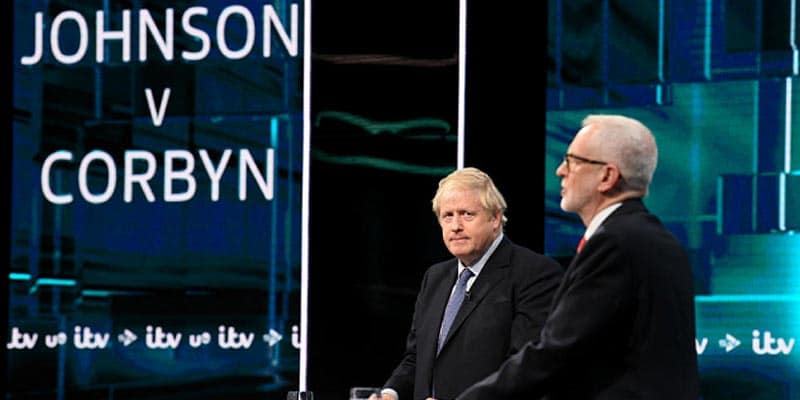 For our readers in the United Kingdom, today is a big day. Just two and a half years since their most recent general election in June 2017, the UK is holding another general election on December 12.

Sparked by the Early Parliamentary General Election Act of 2019 that circumvent the previous election laws following the country’s bitter Brexit contentions, this will be the first general election in December since 1923.

The political stalemate from Brexit, the UK’s controversial decision to leave the European Union, caused former Prime Minister Theresa May to resign earlier in 2019. Shortly thereafter, May was succeeded by Conservative Party Leader Boris Johnson.

Still plagued with indecision among the government regarding Brexit, Johnson called for an early election with the hope of securing a majority in the Parliament that would enable him to continue his Brexit agenda.

So far, based on the political betting odds, Johnson’s bet on himself is looking like it will pay off. According to his chances on BetOnline, Johnson’s reelection odds are -550 compared to Leader of the Labour Party Jeremy Corbyn’s +375 odds.

The other two candidates, Secretary of State for Foreign and Commonwealth Affairs Dominic Raab and Leader of the Liberal Democrats Jo Swinson, are given little chance after the two frontrunners with +3300 and +4000 odds, respectively.

Unlike American elections that have the people elected the President directly, the UK general election is held for voters to choose their Members of Parliament. After the MPs are elected, that will determine who the Prime Minister will be.

Which party will have the most Members of Parliament?

If no party secures a majority, which has the second-best odds of happening at +200, the result is a “hung parliament.” At this point, the parties may work to form an alliance with one another to secure more Parliament votes. As the current PM, Johnson would get first dibs on such a coalition negotiation.