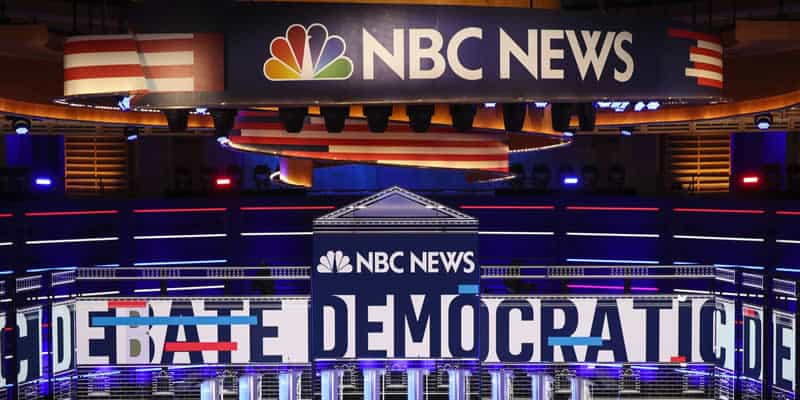 2020 Prop Bets: Will Democrats Say Trump or Impeach During Debates?

The first 2020 Democratic primary debate begins tonight, where 10 of the 20 candidates will take the stage during the two-night event. The debate kicks off the beginning of the political season leading up to the 2020 election, giving eligible candidates the first live debate forum for their 2020 Presidential campaigns.

As the nominees prepare to face the other candidates, oddsmakers have put out several unique prop bets, ranging from how many times the Democrats will say “Trump” or “Impeach” to the number of tweets sent out tonight and tomorrow by President Donald Trump.

Prop bets for the first debate were posted earlier this week and today the second wave of props were posted by online sportsbooks.

Here you can find all of the Democratic debate prop bets featured on BetOnline.

How many times will a candidate say “impeach” on Wednesday and Thursday?

How many times will the candidates or moderators say “Trump” Wednesday and Thursday?

How many times will Trump tweet during the Wednesday Debate?

Which name will Trump tweet first during the Wednesday debate?

Will any candidate apologize during the debate?

Will any candidate resign before the end of the second debate?

How many times will Andrew Yang mention UBI?

What will be Trump’s approval rating on July 1?

Which party will win the 2020 Presidential Election?

It may be too early to vote or even bet on who will become President in 2020, but we will see political prop bets surface anytime there is a major political event such as the Democratic primary debates.  It will also be interesting to see how the futures odds shift for the election based on candidate performances during the debate, and yes, we are sitting on the edge of our seats for that part!