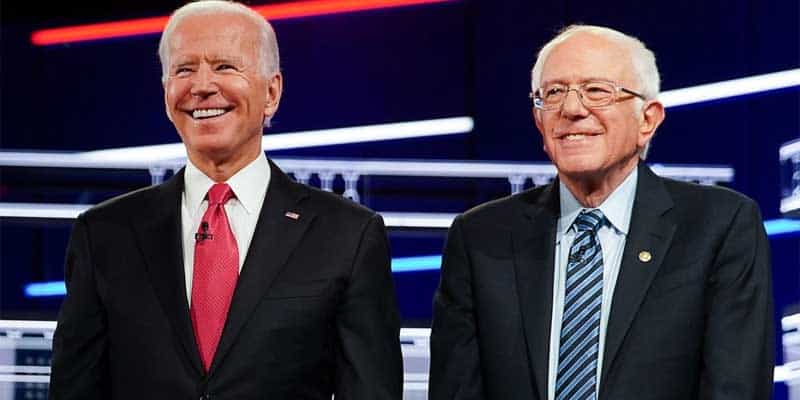 Voters in fourteen states, as well as the American Samoa caucuses and Democrats Abroad primary, head to the polls today for the Super Tuesday primary elections, but who’s favored to win?

The GOP nomination is a lock at this point, and President Donald Trump’s odds of becoming the 2020 Republican presidential nominee are cemented at this point due to his incumbent status, among other “i” words.

Today, all eyes are on the Super Tuesday Democratic Primary odds and which state elections will be won by either Bernie Sanders or Joe Biden.

Michael Bloomberg, Elizabeth Warren, and Tulsi Gabbard are also on the ballot but currently do not have a “reasonable chance” to win any states on Super Tuesday.

To assist with the Super Tuesday betting odds predictions, here’s the final forecast from FiveThirtyEight, which predicts a candidates’ chance to win a given state based on the average polling.

Prediction: The AL primary betting odds indicate there’s an 89% chance of Biden winning the redist state on Super Tuesday. 538 gives Biden a 92% chance, but it’s worth noting that polling has been limited in Alabama.

Prediction: Arkansas is the only state where Bloomberg (who’s bet over $500 million spent on Super Tuesday ads) is projected to come in second, but the odds still favor Biden with an 80% chance. 538 lists the former VP with a 69% probability.

Prediction: Sanders’ betting odds means he has an 85% chance to win the biggest delegate prize on Super Tuesday, and the Vermont senator has a 76% from the 538 odds. Also, nearly 40% have already voted early in California.

Prediction: Maine, also known as bigger Vermont, is projected to go to Sanders. The primary odds list him with an 81% chance, and 538 odds give a 68%.

Prediction: Warren’s best finish is projected second in her home state of Massachusetts, with Sanders favored at the sportsbook with a 63% chance while 538 gives him a 51% probability.

Prediction: Amy Klobuchar dropped out and endorsed Biden, but she may have handed the state to Sanders. Klobuchar and Sanders were virtually tied, and now Sanders odds at Bovada show a 74% chance while 538 odds lists him with a 53% probability.

Prediction: The big South Carolina primary win for Biden appears to have had a significant impact on the Carolinas north neighbors. The former Vice president’s betting odds give him an 83% chance to win North Carolina, and 538’s odds give him an even better opportunity with a 95% probability.

Prediction: Like North Carolina, Biden SC win helped his chances in Oklahoma as well. He’s betting odds favor him at 72%, and 538 predicts Biden has a 78% chance to win the OK primary election.

Prediction: Another Southern state on Super Tuesday to benefit Biden is Tennessee. This race now has betting odds giving the former VP a 78% probability and 538 giving him a 68% chance to come out on Rocky top.

Prediction: Sanders is projected to hold on for a narrow victory in Texas on Super Tuesday. With the second most delegates up for grabs, Bovada’s odds currently predict Bernie has a 48.6% probability of winning the TX primary while 538 favors Biden at 55% chance. This will be the closest race of the day, but like most Super Tuesday states, Biden hasn’t been campaigning in Texas while Sanders has been there multiple times, including after his Nevada win. Expect the Latino vote to give Bernie the edge.

Prediction: No magic underwear needed in Utah. The betting odds give Sanders a 78% probability to win the UT primary while 538 odds have him with a 59% chance.

Prediction: Both Bovada and 538’s odds give Bernie Sanders a greater than 99% chance to win his home state of Vermont on Super Tuesday. But here’s the real question: Who will Bernie vote for? 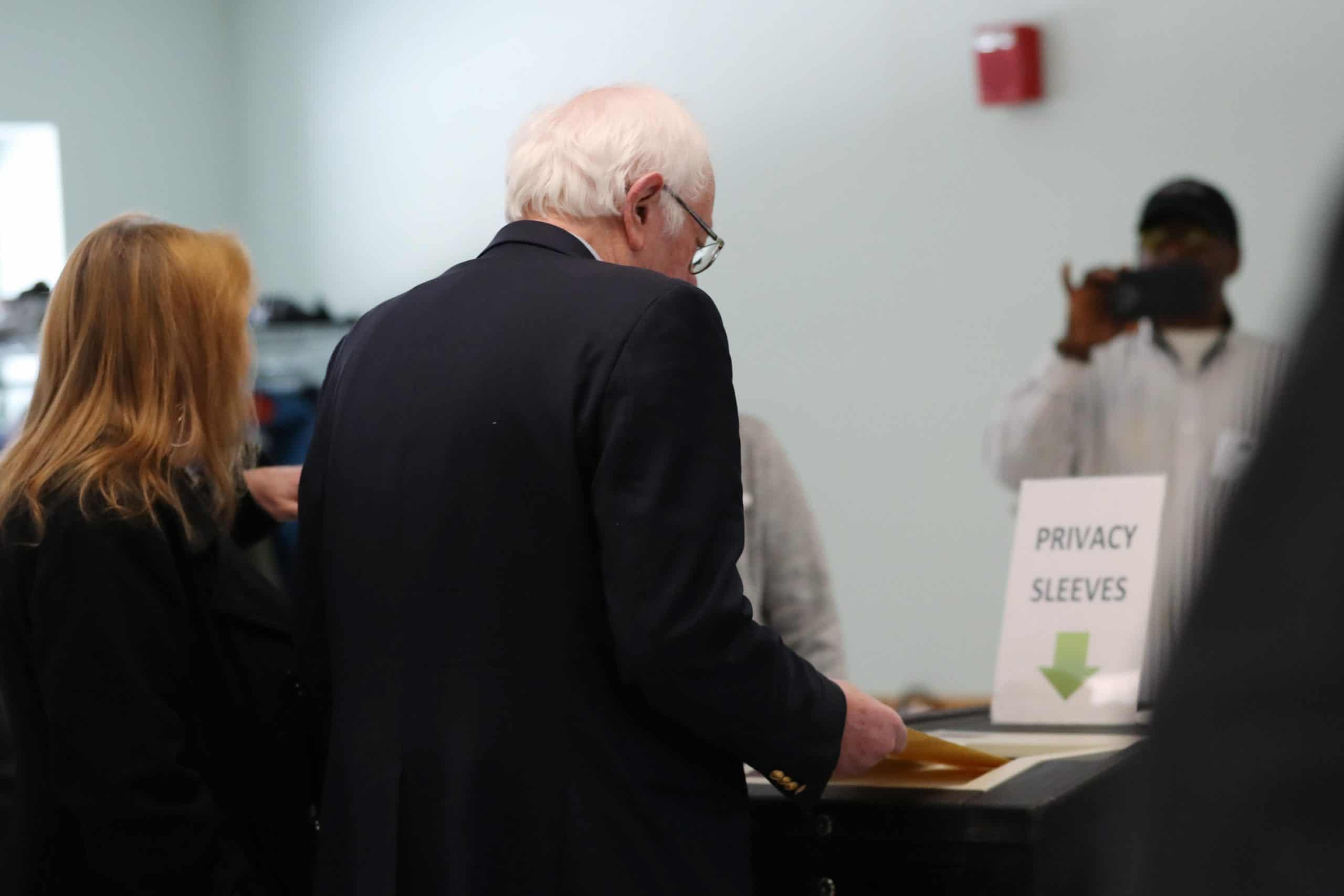 Prediction: Last but not least, Biden appears to have gotten a massive bump in Virginia, also known as the home base of many in the District of Columbia establishment. The betting odds list the former VP with an 89% chance to win Virginia on Super Tuesday while the 538 forecast gives Biden a 98% probability.

While the percentage of 1,357 total delegates awarded will vary, Bernie Sanders is favored to win eight states on Super Tuesday while Joe Biden is projected to take home six primaries. The closet contest is the Texas primary election, with Bovada favoring Sanders and 538 odds predicting Biden to win.

With that in mind, the two most likely scenarios for Super Tuesday are Sanders scoring an 8-6 states victory or both Sanders and Biden finishing tied with seven states each.

Who will win the 2020 Democratic Nomination?

Bovada’s 2020 Democratic presidential nominee odds now show the former Vice President as the betting favorite (again), listing him at -140. This means a $1.40 bet would win $1, and Biden’s odds, when converted and vigorish removed, give him about a 53% chance to get the nomination.

Bernie Sanders’ odds fall back to the second spot ahead of the Super Tuesday results, coming in at +175. A $1 wager on the Vermont senator would win $1.75 if he becomes the nominee, which the oddsmakers predict has a roughly 33% chance of happening.