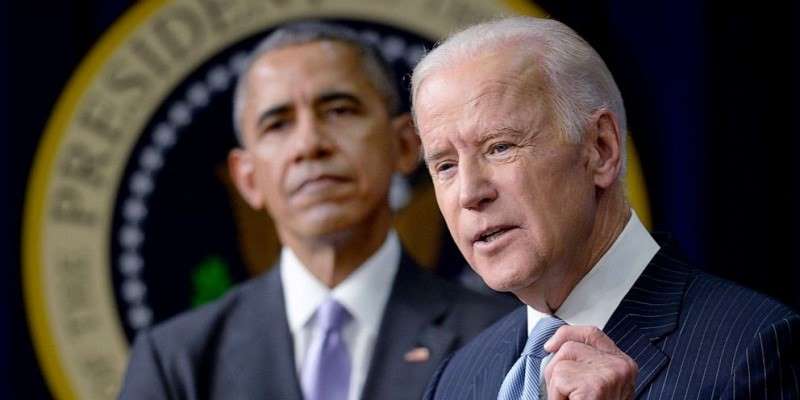 BetOnline Puts Barack Obama On VP Betting Boards, But Is He Eligible?

We’ve been members there since they first hit the scene, and they consistently offer some of the best election betting odds and sportsbook lines in the industry.

They’re also some of the most creative bookmakers in the world, posting props that no other site would dare publish. They are, in a word, not afraid to be cute or court controversy.

That said, somebody at the bookmaker is courting it now, more cutely and more controversially than usual. See if you can spot it in their Vice Presidential betting odds below:

No, the problem isn’t that there’s a man on the VP odds boards even though presumptive nominee Joe Biden said from the start that he’d pick a female Vice President running mate.

The goof here is that Barack Obama is not, for all intents and purposes, necessarily eligible to be Vice President. A wager for Barack Obama as VP is – if not guaranteed lost money – almost certainly so.

There are two reasons why.

The first reason that former President Obama really can’t credibly run as a Vice Presidential candidate comes into focus when you consult the US Constitution. Article II, Section 1 reads in part:

These are the basic requirements to be President.

However, thanks to the 12th Amendment of the Constitution, there are further limitations on those who may be eligible for the presidency.

“But no person constitutionally ineligible to the office of President shall be eligible to that of Vice-President of the United States.”

Now, add in Section 1 of the 22nd Amendment which establishes Presidential term limits and you get this:

Yes, some Constitutional scholars – whatever that means these days – will claim that, semantically, this doesn’t totally disqualify former President Obama. Their argument lies in the “elected” verbiage, and if Biden were to win with Obama as VP and then step down, Obama wouldn’t technically be “elected.”

Indeed, this very thing has been a common question among the portion of the electorate eager to see a Biden-Obama ticket in the quest to bounce Donald Trump from office. Even Snopes, the left-leaning “fact checker,” seems to be unable to verify or debunk the query.

But there’s another reason why this is a bad bet: Should the DNC put forth this ticket, the GOP would be fast-tracking the case to the Supreme Court – a case that the DNC would likely lose, cratering the Biden campaign outright.

Further, depending on the timing of the filing of the inevitable challenge by the Trump administration, such a move could effectively render the November 3 general election either null and void or delay it for the duration of the possible protracted legal proceedings. Neither of these things are politically expedient for either party.

From a tactical perspective, then, this ticket would be “bad optics” for the Democrats, given that they’d be viewed as cheating the spirit of the law, if not its strict definition.

For BetOnline’s part, they are probably just responding to recent pundit speculation in the void that has become Creepy Joe’s basement disappearing act. This isn’t any more outrageous than offering Kanye West or Kim Kardashian Presidential odds, after all.

However, it’s also worth pointing out that BetOnline – like all fully featured US-facing betting sites – is an offshore operator made up of a team of international bookmakers that may be unfamiliar with more obscure US political laws.

In either case, again, this is basically a wacky political prop bet you should probably just ignore.

Heck, there’s virtually no chance that Obama himself wants any part of the White House for another miserable moment.

Or maybe not. Maybe it’s Tulsi Gabbard at +6000. She’s unquestionably eligible, and she’s an even bigger long shot because her own party despises her.

As soon as BetOnline – or any other election betting site – offers odds on Gabbard to switch parties, we’ll let you know.