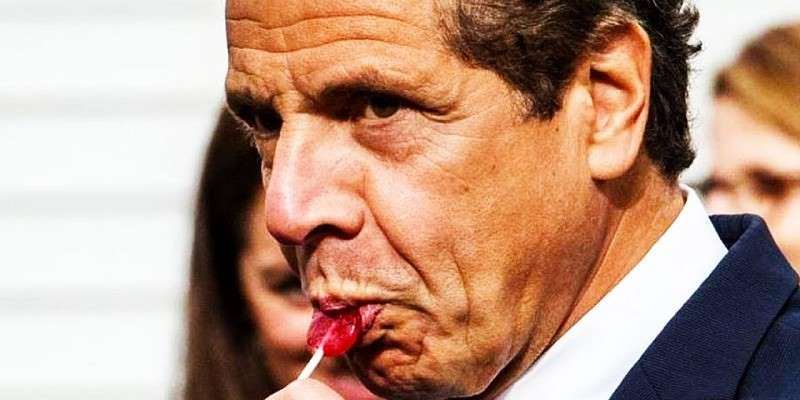 As the leader of the state with the most coronavirus deaths in America, Cuomo initially enjoyed a boost in his popularity polling.

With that, of course, came a flood of election betting odds putting him squarely in second place for the Democratic nomination for the 2020 Presidential election. This, despite the fact that he’s publicly spoken of having zero interest in joining the race.

But with the idea that front-runner Joe Biden will be bounced by the DNC for a more suitable candidate, Cuomo – for a moment – seemed like the guy.

That all started to change a few days ago.

As we reported yesterday, a one-two punch of crushing political blows hit Cuomo earlier in the week, and between last night and this morning, two more have now arisen, further damaging his credibility as a Presidential hopeful. That’s reflected in the current 2020 election odds from Bovada.

First, news hit the mainstream today that just two days ago, Cuomo stated that essential healthcare workers who came to New York to help with the state’s COVID-19 response – workers who the state itself implored to assist their efforts – would be on the hook for paying New York state income taxes.

“We’re not in a position to provide any subsidies right now because we have a $13 billion deficit. So there’s a lot of good things I’d like to do, and if we get federal funding, we can do, but it would be irresponsible for me to sit here looking at a $13 billion deficit and say I’m gonna spend more money, when I can’t even pay the essential services.”

The rationale behind calling taxation waivers “subsidies” is questionable in itself, particularly as these volunteers are largely being paid by companies in their home states and not by the state of New York.

Politically, this is tactically catastrophic. The extra tax income the state would earn from a few thousand imported healthcare workers pales in comparison to what’s actually needed (or claimed to be needed) to bring recovery to the decimated New York economy, and it seems punitive. Taxing a handful of healthcare workers will not put a dent in the state’s “$13 billion deficit.”

As bad as that is, however, the above Andrew Cuomo betting odds are continuing to fall thanks to another more relevant tidbit that was announced on Wednesday. The headline, per Breitbart News, reads as follows:

While residents around the country are beginning to protest extended stay-at-home orders – and tens of millions of people have lost their jobs thanks to these mandates – it’s starting to look like the directive may have had the opposite effect, actually increasing the spread of the coronavirus.

This point has been argued ad nauseam by many certified virology experts and medical professionals, but to no avail. YouTube even censored a California hospital director’s interview with local news media where the issue was brought up, calling it “misinformation.”

But the numbers now appear to bear out the theory that indefinite home confinement leads to immune system suppression and thus makes more people vulnerable to the Chinese virus.

Cuomo himself delivered the news, and despite warnings from countless medical professionals, the Governor has expressed abject “shock” at this painfully obvious, logical conclusion.

Here’s what Cuomo had to say about the most recent batch of new COVID-19 hospital admissions in NY:

“Eighty-four percent were at home. Literally. … We were thinking that maybe we were going to find a higher percentage of essential employees who will get sick because they were going to work — that these may be nurses, doctors, transit workers. That’s not the case, and they were predominantly at home. …

And naturally, in the face of this news – that staying home is spreading the virus more than resuming day-to-day life with common-sense practices like hand washing and wearing masks in crowded areas – NYC mayor Bill DeBlasio (who briefly ran for President in 2020, remember) is planning to furlough essential healthcare workers and send them home.

Under Cuomo’s watch, what was once perceived by the media – or, rather, advertised by the media – to be a model example of appropriate governmental response to the coronavirus threat has now devolved into a bastion of ineptitude, lies, and betrayal of the people who live in the state and those who have risked their lives to save them.

Nevertheless, despite the above series of events hitting Fredo the Elder hard, he’s actually broken through on the odds boards in an unexpected place: as a potential Vice Presidential candidate!

That’s right: Even though presumptive nominee Biden has asserted from the start that he will select a female Vice President running mate, Andrew Cuomo has been added to the list.

Yes, he’s at the bottom due to Biden’s earlier proclamations, but he’s trending right in line with Tulsi Gabbard with +9000 odds. Honestly, if you have a spare ten spot lying around, this isn’t a bad gamble.

Biden won’t be held to his pledge by the media in any meaningful way, after all, and outside of Amy Klobuchar (who is still our favorite to grab the nom), none of the other possible choices look all that compelling.

Of course, Creepy Joe is also apparently open to selecting a transgender running mate, which would leave the back door open for Cuomo if he’s willing to make certain…concessions.