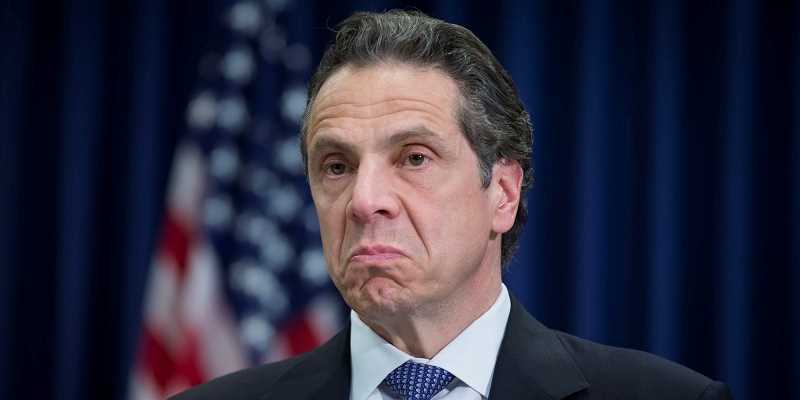 After rescheduling the election several times, New York canceled its Democratic primary in late April. The rationale released by the state’s DNC affiliate was that the election was “unnecessary” and would only help spread the coronavirus.

However, no other state and local primaries were similarly canceled, raising concerns about the true motivation at play.

Former Presidential hopefuls Bernie Sanders and Andrew Yang both filed suit against the cancellation in federal court, as their names are still on the NY ballot and they are both eligible to receive delegates.

Yang called the cancellation “authoritarian and illegal,” while Sanders volunteer Heather Key keyed in on the hypocrisy of the situation:

“It goes against what the [Democratic] party stands for. They’re always on the case about gerrymandering and cheating with the GOP. And yet here they are controlling whether we can vote for the president of our choosing.”

Of course, the issue is less about rigging the vote in favor of presumptive nominee Joe Biden and more about the unconstitutional suspension of individual rights.

In her ruling overturning the cancellation and re-instating the NY primary, Torres explained just how blatantly absurd the state’s actions were:

“If all but one of the presidential candidates are removed from the ballot and the primary is not held, Delegate Plaintiffs will be deprived of the opportunity to compete for delegate slots and shape the course of events at the Convention, and voters will lose the chance to express their support for delegates who share their views. The loss of these First Amendment rights is a heavy hardship. …

There is also a strong public interest in permitting the presidential primary to proceed with the full roster of qualified candidates.”

Per Torres’ decision, the election must be held on Tuesday, June 23, as previously rescheduled.

For gamblers interested in Presidential election betting, this adds yet another twist to an already turbulent primary season.

The Democratic party’s strategy is still a mystery as regards Joe Biden, with many in the establishment openly seeking to find a replacement for him. That’s why you can still find Democratic candidate betting odds online, after all. Biden is by no means a foregone conclusion.

While New York’s election results shouldn’t change Creepy Joe’s status as the presumptive nominee, they might be a bad look from a marketing perspective. A close race in America’s most prominent state against candidates who aren’t even officially running for office would not serve to drive home the notion of party unity or consensus.

For those that wish Biden to win the nomination or bettors that have wagered on him, this is bad news.

That said, it also complicates things with the Andrew Cuomo betting odds available at offshore books, as he’s been trending right behind Biden for a month now on the betting boards.

Cuomo, for all the surging popularity he’s enjoyed on the national stage in the early weeks of the New York coronavirus outbreak, has – with this ruling – suffered his second black eye in as many days.

First, NY added 1700 unreported COVID-19 deaths to its rolls after finally releasing previously undisclosed totals from nursing homes in the state – homes that Cuomo assured the public were a top priority for his administration.

Now, with his state’s primary Presidential election cancellation declared patently and unambiguously unconstitutional, Cuomo is taking heat for staying mum about the outrage when it happened.

Should the outspoken (except for when it comes to canceling elections) New York governor decide to run for President after all, this will certainly be used against him on the debate stage, whether against Biden or – if he wins the nomination at a brokered convention (for which there are political props available right now) – against President Donald Trump.

Trump odds show that he’s favored to win the November general election, and giving his campaign extra ammunition on the biggest stage – particularly when it comes to violations of the nation’s founding documents – is tactically inexplicable.

Ironically, Michigan governor Gretchen Whitmer finds herself in a similar situation, as coronavirus-related shutdowns in her state have helped paint her as a petty tyrant, causing her Vice President election odds to drop dramatically.

Once right behind front-runners Kamala Harris and Amy Klobuchar, Whitmer has slipped to the middle of the pack, and she could fall even farther when the odds at Bovada are updated later today.

Clearly, the coronavirus and its many politically exploited narratives are having a huge impact on betting lines, making them far more volatile than in past cycles.

Of course, for bettors, that’s good news, because it means there are more things to bet on. Trump impeachment odds should be going up again soon, as many Democratic congresscritters have floated the idea of charging him with crimes of some kind or another related to the federal COVID-19 response, and each passing day seems to swing the odds dramatically.

Still, most bettors think the election is Trump’s to lose, so if you want to get the best possible payouts on The Donald or other potential candidates, you should join an offshore election betting site ASAP.