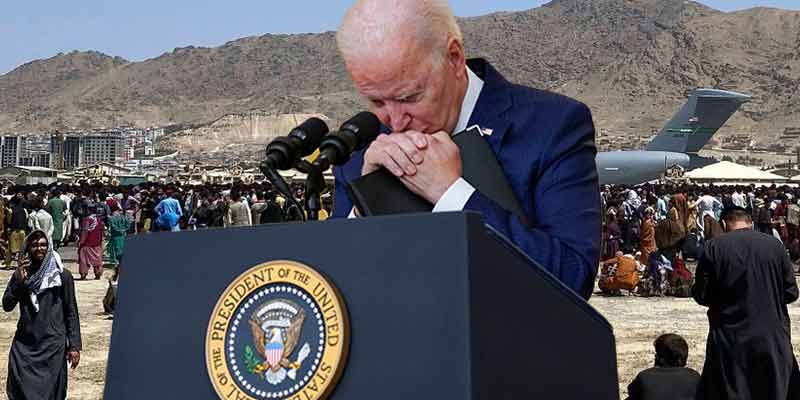 As explosions continue to rock Kabul, the exit strategy for President Joe Biden continues to come under question as thousands of allies await evacuation.

Pundits are beginning to ask whether a plan was in place at all as no legitimate course of action seems to have begun despite all focus being placed on the situation by the Biden regime.

It’s no secret. The odds for betting on Kamala Harris to become the next President of the United States have been on an even par with Joe Biden no matter where you look for many months now, and that is for a variety of reasons.

As readers can see by the table above, Harris has actually pulled ahead of Biden at Bovada, and that political betting trend could continue over the coming days if the conflict in Afghanistan remains in a state of chaos.

The odds for betting on Joe Biden’s impeachment are still incredibly unfavorable at the moment, but they are slowly dropping by the day.

We expect those impeachment odds to become more probable as members of the US House of Representatives are now calling for Biden’s removal from office. The Biden impeachment moneylines have shifted from -1500 to -1200 since Monday.

US Rep Madison Cawthorn (R) has asked Senate President Kamala Harris to invoke the 25th amendment and remove President Biden from the Oval Office citing his inability to lead the country on a national stage.

“I cannot sit idly by and watch the nation that I love spiral into death and devastation because our leader cannot discharge his duties. There is no time to wait, the time for action is now.”

The Representative is hopeful that Harris’ close working relationship to the President will reveal that his mental and physical capabilities are below the standard that the position requires.

This scenario, while extremely unlikely, could whet the appetite of Harris if her ambitions and the collective opinions of her team come to the conclusion that the time to pounce is now.

Presidential odds for removal from office via means other than impeachment are conspicuously absent from the boards, but it is only a matter of time before they appear if Representative Cawrhorn’s plea gains any traction from either side of the aisle.

Nothing shakes the confidence of a country more than a wartime failure, and Biden’s staff is now on the clock for not only a successful withdrawal, but a response that leaves the United States in a position of strength.

For Biden, either direction provides an incredibly difficult path to success. It is tough to picture an outcome that does not involve conflict, and the United States is already attempting to withdraw from a 20-year-long armed battle.

If you intend to bet on Joe Biden and his odds of impeachment, wait a few days to see if the line pulls closer to even so that higher payouts can be secured.