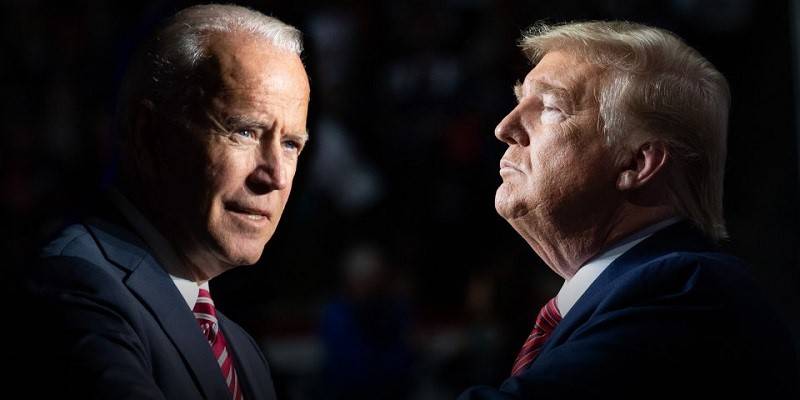 If Donald Trump survives the coronavirus pandemic and is reelected as President in November, it will be even more momentous than his shocking victory in 2016.

In 2015, when Trump first announced his candidacy, the media – and his fellow White House hopefuls – wasted months chuckling about his chances to win, sitting on their laurels before finally pouncing.

Of course, ever since Trump won the GOP nomination in 2016, the mainstream has come at his campaign – and then his administration – at full throttle. But in 2016, they only had a few precious months to hammer away.

Still, scandal after scandal, the guy’s just shaken it off. In retrospect, the biggest loser of the 2016 election wasn’t Hillary Clinton – it was John Gotti. The Gambino crime boss spent a lifetime cultivating his “Teflon Don” moniker, and Trump came along and snatched it away simply by deflecting or returning every volley the media and the left have thrown his way.

But the coronavirus crisis is a unique wrinkle.

What should have been an untouchable perch atop the 2020 Presidential election odds boards has turned into a much closer race – against a much weaker candidate – than pre-pandemic America was likely prepared for.

It shouldn’t be that close, particularly for an incumbent with as large and as vocal a base as Donald Trump.

Naturally, for those with skin in the game (approximately 130 million American voters), the run-up to the election has been a nerve-racking, anxiety-riddled mess of too much news and too little anything else.

For those with the other kind of skin in the game – that is, those who wager at political betting sites – COVID-19 has made things much more interesting than #covfefe or any other Trump misstep ever could.

Not even Trump impeachment generated the kind of daily betting interest that offshore election sites are now getting, as every day, there’s some new story that promises to move the lines in one way or another.

But Alzheimer’s Joe is already playing that off as a joke (just like Trump’s “sarcastic” #BleachGate presser, eh WaPo?), and the faux pas – if that’s actually what it was – doesn’t seem to have affected the Biden betting odds negatively. In fact, he seems to have closed the gap on The Donald a bit.

Interestingly, Trump odds haven’t budged much, despite the fact that his Ford factory tour in Ypsilanti, Michigan, last Thursday came with a torrent of negative press after the POTUS refused to wear a mask in defiance of MI Gov. Gretchen Whitmer’s executive order to do so.

But again, the Teflon Don is coated in something particularly slick, and his odds remain steady, even as Biden is clearly getting a bit more action of late.

At the best offshore betting sites for politics, Trump remains in a comfortable lead over Basement Joe.

But what do the numbers really tell us, and why are they so varied across different sportsbooks that all serve the same US customer base? You’d never find such variances when betting on sports, after all.

The delta between Trump and Biden at Bovada is currently just 35 points, but it’s 60 points at MyBookie and 70 points at BetOnline.

The answer is probably fairly straightforward, as Bovada’s lines likely reflect something closest to reality, given that the site is the most popular US election betting operator and thus has hundreds of thousands of Americans wagering on political props and election odds every day.

The other top sites have Trump ahead by wider margins, but that’s due in part to the fact that they have less wagering volume – and thus less liability – on those wagers. Betting limits also play a role, which is one reason why it’s important to shop lines before you put money on politics.

However, the biggest reason we can see for these differences – which is often overlooked and should be factored in by bettors no matter where you wager – is that Bovada does not accept bettors from DE, MD, NJ, or NV. Meanwhile, MyBookie doesn’t accept bettors from NJ, NV, or NY. And BetOnline takes US players from every state but Nevada.

Incidentally, each of these restricted states are blue states, and they all went to Clinton in 2016.

If you study the overlap, you can get a betting edge that most folks haven’t considered. And you should be able to get similar insight when it comes to individual state electoral odds and even the Vice President odds that each site offers.

It may be difficult to make heads or tails (elephants or asses?) out of the 2020 Presidential election, but if you have a little extra time this Memorial Day, go down this rabbit hole.

It might be worth enough to cover the first payment on that car you just picked up for a song.