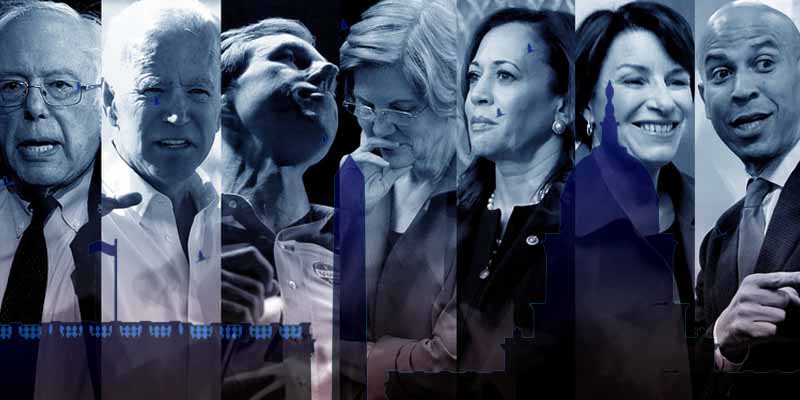 Ever since Democratic Candidates started campaigning for the 2020 Presidential election, we have heard chattering about big businesses including Facebook, Amazon, and others.

Over the weekend Kamala Harris joined the discussion and stated that the federal government needs to regulate Facebook, enforce stronger gun laws, and provide health care for illegal immigrants.

Earlier this year New Jersey Senator and 2020 Presidential Candidate Cory Booker announced that he wants to strengthen gun laws and to institute federal gun licenses. Booker has also stated that he is not for breaking up a big business such as Facebook, but would rather impose stronger regulation.

Kamala Harris told reporters that she thinks Cory Booker’s federal gun license idea is a good plan, but she also stated that there are no bad ideas when it comes to gun reform.

Elizabeth Warren was one of the first candidates to mention breaking up big businesses. She has consistently told her supporters that big businesses such as Facebook, Amazon, and Google have too much power.

Despite the odds for who will win the Democratic Nomination standing across the podium will be current President Donald Trump. Donald Trump has consistently passed legislation that favors big businesses and offers huge tax breaks to the wealthiest business owners.

The President says that offering tax breaks and incentives to business owners will help stimulate the economy and create more jobs for Americans. So far the economy has been doing well under the Trump administration.

This election is sure to involve several heated debates as topics that the Democrats want to push vastly differ from the legislation the President has been passing.