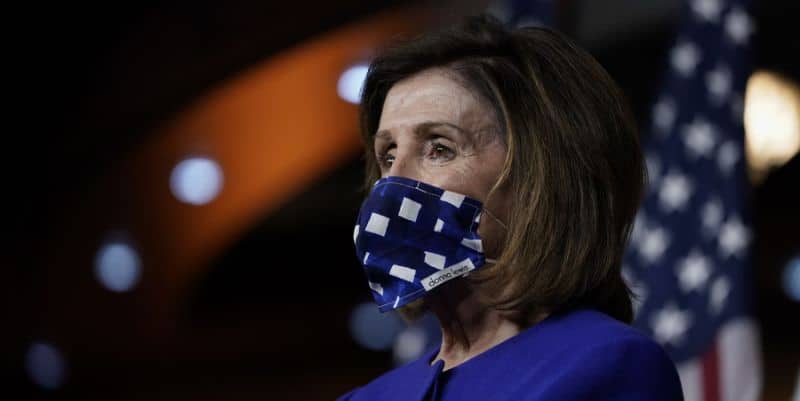 After favoring no change to the United States congressional majority, oddsmakers are now giving the “blue wave” a slight edge on Tuesday, November 3, 2020.

Odds on the 117th US Congress now favor Democrats to control both the House of Representatives and Senate when the next session begins on January 3, 2021.

May 14 — Odds courtesy of Bovada

Democrats Favored, But Not By Much

In terms of the most likely “balance of power” outcome from the 2020 general election, a Democratic House and Senate majority are now listed with the best odds at +120, which means that a $100 bet could pay out $120 for a winning wager.

Bovada Sportsbook had favored no change from the current 116th US Congress at +120, but now lists a Democratic House and Republican Senate at +140 odds, where a $100 would now win $140.

Republicans controlling both chambers is still seen as the third-most likely outcome, but oddsmakers have lengthened the odds from +300 to +375, giving a $100 wager a $375 return on investment.

Interestingly, a complete swap of congressional control from the ongoing session is posted at +4500 odds. But if Republicans win the House and Democrats win the Senate, then a $100 bet will earn a whopping $4500 — just know it’s the most unlikely outcome for a reason.

According to the House betting odds, Speaker Nancy Pelosi and Democrats are heavily favored to keep a lower chamber majority following their decisive victories in the 2018 midterms.

Odds on the Senate majority favor Majority Leader Mitch McConnell and Republicans keeping control, but most sportsbooks have seen the GOP’s chances slip over the past month.

Both sides of the aisle are under extreme pressure to find a solution to the economic catastrophe that’s resulted from the coronavirus pandemic.

However, Pelosi unveiled the House Democrats $3 trillion coronavirus aid package on Tuesday — the same day Bovada updated congressional futures to give the left a sight edge.

The House Speaker said Thursday she is willing to negotiate. Still, McConnell and the Senate GOP have called the bill “dead on arrival” but failed to guarantee anything other than protecting corporations from liability if their workers get sick or die.

However, with the unemployment rate now rivaling the Great Depression and White House’s reopening plan coming under fire, Republicans better act fast or the Democrats’ “blue wave” will undoubtedly come crashing down on Trump’s party.

May 14 — Odds courtesy of Bovada