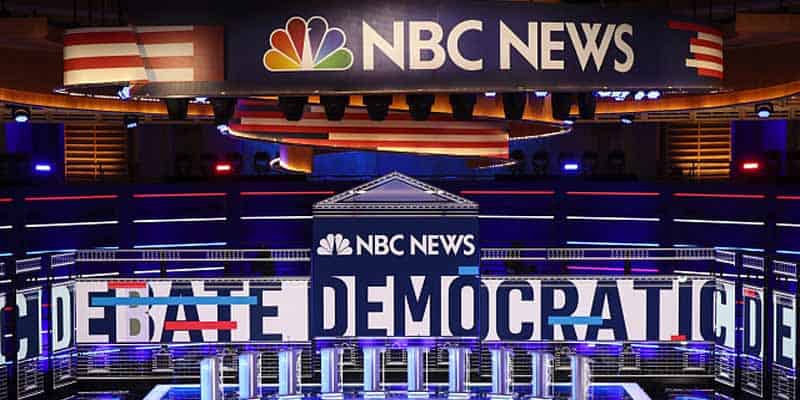 Ten Are In: Fifth Democratic Debate To Feature Ten Candidates In Atlanta

The fifth Democratic debate is next week and the field is set.

Unlike last month’s debate in Ohio that featured 12 candidates on stage, the Atlanta debate will only have ten Democrats.

Hosted by MSNBC and The Washington Post, the Democratic debate will take place on the Oprah Winfrey stage at Tyler Perry Studios on November 20 from 9 to 11 pm ET.

Of the ten White House hopefuls appearing in this debate, each also qualified for the last debate as well. The full list of candidates is below.

The two candidates from the last debate that will not be on the Atlanta stage are former Housing Secretary Julián Castro and former Rep. Beto O’Rourke.

O’Rourke ended his presidential campaign earlier in November while Castro was not able to meet the DNC requirements to qualify for the debate.

Believing the tradition that allows Iowa and New Hampshire to vote first doesn’t reflect the population of the United States or the members of the Democratic Party, Castro voiced his displeasure.

“I don’t believe that forever we should be married to Iowa and New Hampshire going first, and that’s the truth of the way I see it.”

The benchmarks for this debate are the strictest thus far. Candidates needed to earn 3% support in four qualifying polls or 5% in two early-state polls. On top of the polling threshold, candidates also needed 165,000 unique donors with 600 coming from 20 different states.

Unfortunately, no sportsbooks have posted any debate-related prop bets, although some are bound to show up before Wednesday.

Until then, political betting odds are available on each candidates’ odds of winning the Democratic nomination. Warren currently has the best shot at +150 odds, followed by Biden at +275, and Buttigieg at +500.