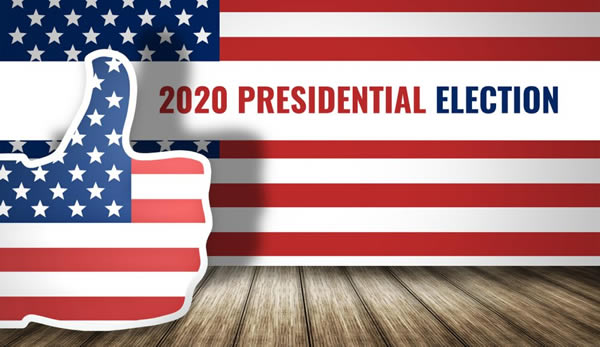 Despite All Odds, Trump Projected To Win Out In 2020

President Donald Trump remains oddsmakers’ favorite for the 2020 presidential election, no matter the scandals and controversies he is attached to.

BetOnline, one of the most prominent online sportsbooks on the market, continues to slash their odds on Trump winning reelection. Over the course of several months, Trump has seen 7-4 odds (-175) reduced to 13-10 (-130). At this time last year, the sportsbook odds positioned him at 5-2 (-250).

“His poll numbers really don’t slow people from betting on him,” said Dave Mason, Sportsbook Brand Manager for BetOnline. “So, lowering the number is more about managing risk. We’ve learned that it doesn’t matter what he does, tweet, who he offends, et cetera. Bettors are still pounding him at plus money.”

The sportsbook is reported to have more wagers associated with Trump than any other potential candidate. These are more so prop bets than anything else, but that still supports the notion of him being the most popular betting option in the sportsbooks.

Trump has seen his fair share of scandals, the latest of which breaking yesterday with his former lawyer, Michael Cohen, and former campaign manager, Paul Manafort, being indicted on federal charges. The case is worth Cohen, since the lawyer deal in which he implicated the president in some wrongdoing.

Despite this latest controversy, Trump still sits atop the sportsbooks in terms of the 2020 election. As Mason put it, it doesn’t seem to matter what Trump does or who he offends. His supporters have his back through and through.

Part of the reason why Trump looks good in the sportsbooks is that the Democrats can’t put forth a solid candidate to challenge him. The former Vice President Joe Biden and Senator Kamala Harris are drawing the most bets on the Democratic side, but neither of these candidates has an official designation from the DNC regarding their status as the primary choice for 2020.

Even though Harris and Biden have improved in the odds department, Mason says there are “12 times more bets on Trump than both of these [candidates] combined.”

There are some fringe candidates to consider, including notable actors and other popular figures, but they are nowhere near Trump in terms of the number of bets placed in their favor. Trump’s place as the current president is a contributor to his success in the sportsbooks. After all, he would not be the first president to be reelected.

Going forward, Trump faces possible backlash for his latest controversies and the Mueller probe into Russian collusion. BetOnline’s figures suggest any backlash won’t matter. It is possible that the odds of him winning are slashed even further to counteract the number of bets placed on him.