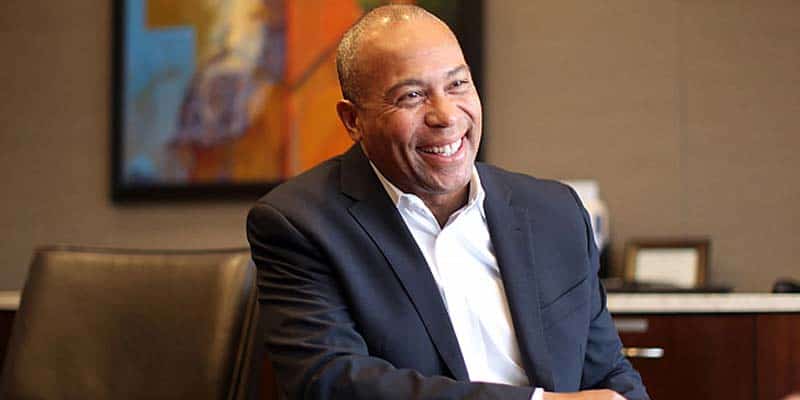 After mulling a 2020 presidential run earlier this week, Deval Patrick has officially decided to enter the White House race just a few months before the Iowa Democratic caucus in February.

Through his official Twitter account, Patrick revealed his intentions to build a “more inclusive American Dream for everyone.”

In a spirit of profound gratitude for all the country has given to me, with a determination to build a better, more sustainable, more inclusive American Dream for everyone:

I am today announcing my candidacy for President of the United States.https://t.co/hObdLNiFMJ pic.twitter.com/fGmI0qxkxS

Patrick served as the 71st Governor of Massachusettes from 2007 to 2015, becoming the first African-American to be elected to the state’s post.

Late last year, Patrick hinted at taking a shot in the 2020 election but decided against it.

Through a Facebook post, Partick elaborated on his decision, saying that the “cruelty of our elections process would ultimately splash back on people whom Diane and I love, but who hadn’t signed up for the journey, was more than I could ask.”

Prior to officially announcing his campaign, Patrick made calls to elected officials in his home state of Massachusetts to inform them of his plan.

Patrick is expected to capitalize on the neighboring state of New Hampshire and the large black population in South Carolina to give an early bounce to his Oval Office aspirations.

“He’s not a national name. Folks in Louisiana aren’t going to be like, ‘Oh wow. Deval Patrick joined the race’…  Patrick is not wildly progressive. He’s safe to the money people. He’s Cory Booker minus ‘I live in the projects.’ He’s going to come in and do something that Cory Booker can’t do? I don’t get it.”

“I don’t think it’s too late. If he’s going to enter, I think it’s wise for him to wait because some of the other folks aren’t doing as well in the polls as they’d like to be,” Cordero said.

Nevertheless, the political betting odds don’t give much hope to Patrick entering 2020.

Unlike Michael Bloomberg– who has recently expressed interesting in running for President and jumped to the top of the list of candidates– Patrick hasn’t even received odds on any major sportsbooks.

Even Hillary Clinton has odds and she’s not running– yet.