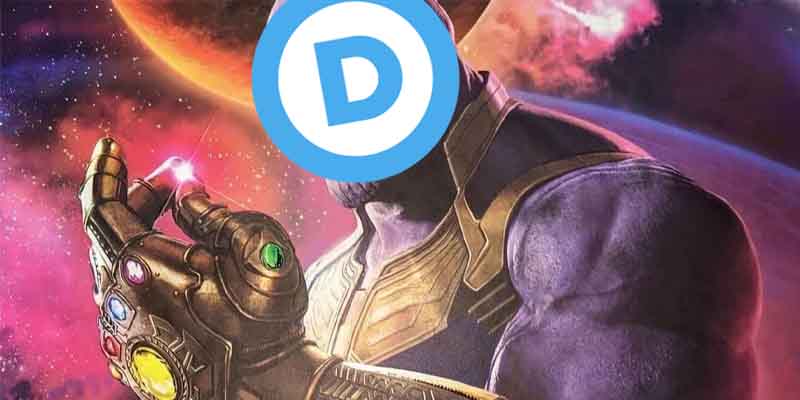 The 2020 Snap: DNC Halves The Field To 10 Candidates For Third Debate

The DNC took on the role of Thanos at midnight, snapping its fingers and turning half the 2020 Democrats into dust.

Now, only ten Democrats are left.

The deadline to qualify for the third Democratic debate in Houston was at 11:59 pm ET on Wednesday, August 28, and half the field has missed the cut. With only ten candidates meeting the requirements, the debate will take place on a single night—Thursday, September 12.

After Former Secretary of Housing and Urban Development Julián Castro earned his spot last week, no other Democrats were able to meet the thresholds set by the Democratic National Committee.

Candidates were required to get 130,000 unique donors and 2% support in four qualifying polls. The only Democrats able to reach these numbers, along with their odds to win the party nomination, are as follows:

While the qualifiers are some of the top candidates in the Democratic Party, there are a few notables that didn’t meet the requirements.

Despite spending $12 million on advertising, billionaire activist Tom Steyer (+10000) missed the stage by one poll. The former hedge fund manager was able to get enough donors, however, even though he didn’t launch his campaign until July.

Hawaii Rep. Tulsi Gabbard is another frontrunner missing the Houston debate. At +4000 odds, she has a better chance to win the presidency than Booker, Castro, and Klobuchar, all of which qualified for the debate.

After not qualifying for the third debate, New York Senator Kirsten Gillibrand decided to drop from the race. With +15000 odds to be the Democratic nominee, Gillibrand didn’t have much of a shot anyway.

Gillibrand is the fifth Democrat to leave the presidential race since the start of the debates. With so many other candidates missing this debate, there will likely be more Democrats to abandon their hopes of the presidency in 2020.

So far, there haven’t been any changes to the odds since the debate deadline passed last night, but keep an eye on the numbers for when they inevitable shift.

To watch the third Democratic debate in Houston, tune into ABC, ABC News, or Univision on September 12. The debate will also be available for streaming via ABC’s app and website.