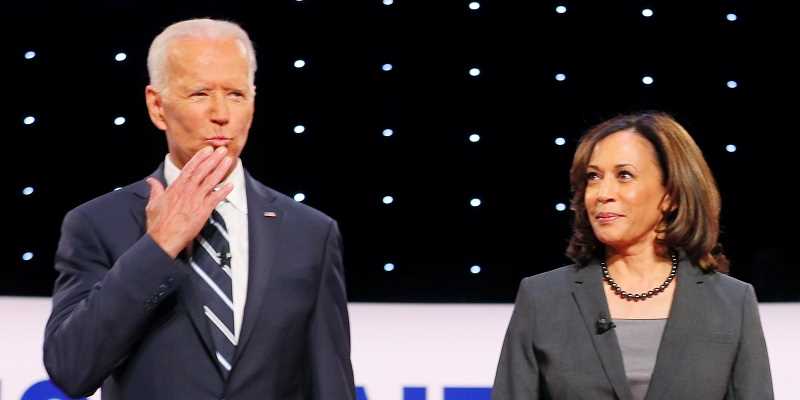 We reported last month that Biden had narrowed his VP candidates down to four women and that his campaign was conducting an exhausting vetting process, leaving no stone unturned for each potential selection.

Many DNC politicians have openly suggested that a woman of color should be his running-mate, and US Senator from California Kamala Harris checks the box for each of those requirements. She has been a heavy favorite to secure the nomination for many weeks now, despite the fact that she and Biden butted heads during last year’s the Democratic Primary debates.

Harris is of African American and Asian descent, and her ethnic background gives her a broad spectrum of influence that will appeal to many voters this November.

Despite these attributes, Biden has still been slow to make his choice, and a recent report from Politico states that poll results have revealed that his VP selection will have very little effect on the Presidential election voting this fall.

Below are the current Vice-Presidential betting odds from popular political sportsbook, Bovada.

Harris has +115 odds placed on her chances, meaning that a wager of $100 will earn $115 if she becomes Biden’s running mate. That represents a solid payout, but is she the right choice considering the latest polls?

Although Biden is currently way ahead of Donald Trump in the election odds, there’s always room for improvement. Why not go ahead and step on Trump’s neck while he’s down?

So, which candidate could potentially move the needle that wasn’t among the four candidates that his team was vetting last month?

Enter Elizabeth Warren and her appealing +1600 betting odds. Despite her past statements claiming she is of Native American lineage, she is just another Caucasian millionaire embroiled in partisan D.C. politics, which can be said for most politicians on Capitol Hill.

What could serve to move the needle in regard to additional votes for Biden could be her lean toward socialistic values that are shared by former Presidential candidate, Bernie Sanders.

Despite Sanders’ decisive and swift defeat in the Democratic Presidential primaries earlier this year, he still possesses a substantial voter base that has been reluctant to throw their support toward Biden’s direction.

If Biden were to choose Warren as his VP, with Sanders following that up with a strong endorsement, that could be just what the DNC needs to put away Trump for good.

That’s a whole lot of “ifs” involved, but the combination of occurrences is not outside the realm of possibility.

Biden’s delay in choosing his Vice President does suggest that his campaign is having a hard time deciphering which selection would be most advantageous to his campaign. It also suggests that his team agrees with recent polling that indicates that his choice will have little to no impact on the Presidential election.