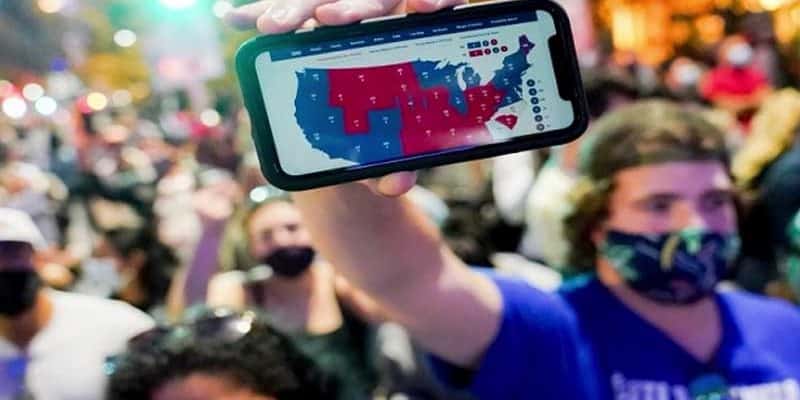 This election cycle has been long and exhausting. After over a month of uncertainty around the country’s future due to contested election results, the end is nigh. The power struggle between the Trump administration and the Biden Administration comes to a tee as we reach the December 14th certification deadline.

So far, only two states – Vermont and Tennessee – have declared their electoral slates. Vermont gives Biden three electoral college votes, and Tennessee offers Trump eleven. Most voting started at 10 AM in their respective state capitols. As the rest of the states certify their results, Biden is projected to reach 306 total electoral college votes compared to Trump’s 232. The candidate reaching the 270-count marker wins the Presidential election.

The states will certify their results today, and ballots must arrive in Washington by December 23rd. Afterward, a joint session of the U.S. House and Senate will on January 6th count those votes. The official inauguration day for the new President-elect will be on January 20th.

The President tweeted on the matter on Sunday.

MOST CORRUPT ELECTION IN U.S. HISTORY!

The fact that the Supreme Court wouldn’t find standing in an original jurisdiction matter between multiple states, and including the President of the States, is absurd. It is enumerated in the Constitution…

What began as a political media rumor that President Trump’s goal was to bypass the electoral college deadline and strongarm state legislators into calling a special session to nominate their electoral slate became evident in the President’s remarks on the Georgia Senate race.

What a fool Governor @BrianKempGA of Georgia is. Could have been so easy, but now we have to do it the hard way. Demand this clown call a Special Session and open up signature verification, NOW. Otherwise, could be a bad day for two GREAT Senators on January 5th.

Donald Trump’s inflammatory tweets have done little to quell the national outrage felt by both liberal and conservative Americans. Over the weekend, Washington D.C. exploded in violence as protests and counter-protests escalated. In the chaos, four people were stabbed, and 23 were arrested.

But some good news does appear among the tension. As the states certify their electoral college votes, the political betting sportsbooks prepare to make payouts on the Presidential election odds.

In an article from last month, we covered that the sportsbooks feared taking a bath on making any premature payouts on the Presidential election moneylines. The bookmakers currently sit on payouts of nearly a billion dollars. With high action on Trump’s moneyline, a Joe Biden victory will mark the 2020 election as the single most massive score for bookmakers in political betting history.

Anybody who bet on the Presidential election with one of the industry-leading online sportsbooks will be happy today as the electoral college certification process concludes. With Biden set as the clear favorite, bettors who doubled down on a Trump underdog victory probably will not be as excited.