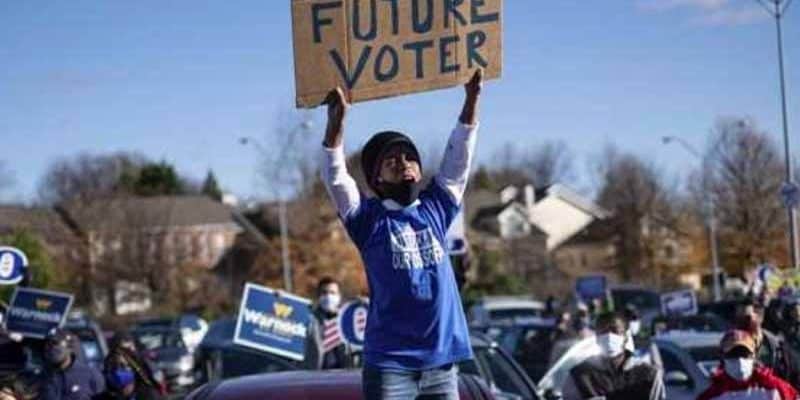 Georgia Senate Race Gets Tighter As Both Parties Rally

The Georgia Senate Race has dominated national attention as the final GOP battle against the blue wave. Georgia’s election controversy lies at the heart of the larger narrative in current American politics: division.

In the past month, Georgia has seen its fair share of politicians make their way down to the Peach State to rally on behalf of their candidates.

Democrats Joe Biden and Kamala Harris will both visit GA this week in hopes of whipping up support before the holidays. And progressive Democrats such as Congresswoman Alexandra Ocasio-Cortez, are putting aside in-party disputes to rally behind Raphael Warnock and Jon Osoff.

On the Republican side, former President George Bush will officially support David Perdue and Kelly Loeffler while leading a fundraising meeting via Zoom today. Bush rarely makes such appearances, and his presence may bring in bolstered support.

Both Donald Trump and Mike Pence rallied in Georgia among a slew of Republican lawmakers and 2024 Presidential hopefuls. Donald Trump’s presence supporting the GOP Georgia Senate races while simultaneously disparaging the “rigged” general election has created silent rifts within the Republican party.

Numbers today show 148,000 voters, nearly one-third of total voters in the last statewide election runoff, cast their ballots early. Of those 148,000 votes, 65% have been mail-in ballots, a method that generally helped Democrats in the November 3rd general election.

Georgia’s population has been growing rapidly, with nearly one million new voters in the past four years. National attention on GA may also be driving high voter turnout. Since the last time we covered the Georgia senate election odds, action on Warnock and Ossoff nearly level the favor on their moneylines.

Which Party Will Control The Senate After 2020 Election?

There are better odds wagering on Republican party Senate control after the Georgia runoffs, since both Democrats need to win their seats for the majority. Then again, Georgia’s new rising voting population could be an x-factor for an interesting underdog pick.