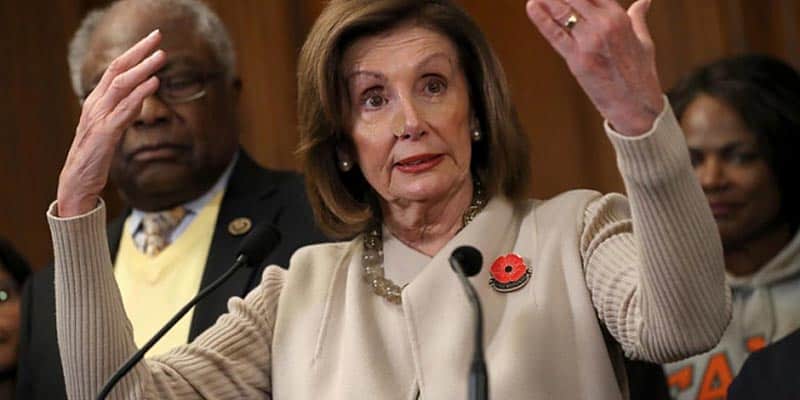 Today could go down in history as a major shift in American politics. It could also mark the day that starts President Donald Trump’s true reelection campaign.

The House of Representatives meets today to vote on the articles of impeachment against Trump. The two charges include abuse of power and obstruction of Congress.

Voting on the articles is more than just meeting together and casting ballots.

First, the House will assemble first thing in the morning to debate the rules that will govern the entire proceeding. After this, the House will debate the articles themselves for six hours– three hours for Democrats and three for Republicans– before voting on each charge separately.

Based on the political betting odds, the House is favored to pass at least one article and Trump will be impeached before the end of his first term at -1400 chances.

If converted to percentages, Trump has a 90.37% chance of being the third US President ever to be impeached after Bill Clinton (1998) and Andrew Johnson (1868).

Will Donald Trump be impeached during his first term?

Trump, likely feeling the pressure of an impending impeachment, wrote a letter to House Speaker Nancy Pelosi. The President expressed his concern that the impeachment is unconstitutional and those in favor of it were violating their oaths of office.

“This impeachment represents an unprecedented and unconstitutional abuse of power by Democrat Lawmakers, unequaled in nearly two and a half centuries of American legislative history,” Trump wrote. “By proceeding with your invalid impeachment, you are violating your oaths of office, you are breaking your allegiance to the Constitution, and you are declaring open war on American Democracy.”

Impeachment, of course, is written into the Constitution. And, if a majority of House members believe it necessary, the impeachment process is not “invalid” but, to the chagrin of House Republicans, actually required.

Trump also reiterated his stance on Twitter this morning, this time saying that he will be impeached. The POTUS also asked for prayers ahead of the impeachment vote.

Can you believe that I will be impeached today by the Radical Left, Do Nothing Democrats, AND I DID NOTHING WRONG! A terrible Thing. Read the Transcripts. This should never happen to another President again. Say a PRAYER!

So based on the odds and Trump himself, impeachment appears inevitable. However, getting impeached does not mean a President will be removed from office. On the contrary, impeachment is similar to just being charged with crimes.

If either article of impeachment is approved, the trial will move to the Senate to determine if Trump will be found guilty and removed as President.

Unlike his impeachment odds, removal is not expected. According to oddsmakers, Trump has an 88.01% chance (-1000) of keeping his post until at least the 2020 election.

Will Donald Trump be removed from office?

Depending on the outcome of today’s vote and any subsequent Senate trial, Trump could be the first President to ever be impeached and then reelected.